Believe It or Not - Hazrat Ali (R.A) Once Walked On The Lands Of Pakistan 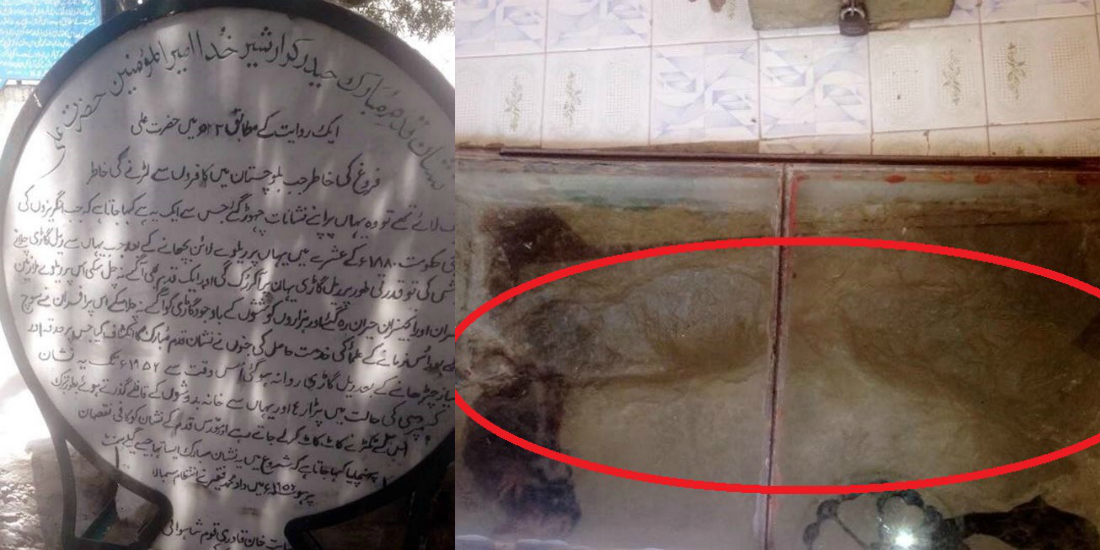 Hazrat Ali (R.A), one of the wisest, learned and strongest of men in the history of mankind, once walked on the lands of Pakistan. Hazrat Ali Ibn-e-Abi Talib (R.A) the man who our Prophet Muhammad (PBUH) loved from the core of his heart, the idol of billions of Muslims and non-Muslims in this world, graced Pakistan‘s province Baluchistan with his footprint. 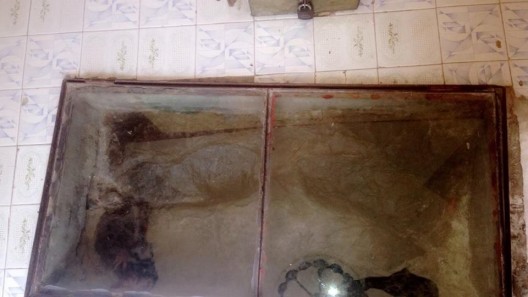 In the Bolan Pass, district Kacchi-Bolan, Baluchistan – there is a small shrine known as “Peer Panjah” – where there is a prominent glassed footprint of Hazrat Ali (R.A) –  a place nobody other than the locals know about. The smallest of shrines, that rests next to the Quetta-Sibbi highway at Bolan, is the confidante for the locals who believe in the authenticity of the the ‘Panjah’s’ placement. How and why is Hazrat Ali (R.A)’s footprint in Balochistan? 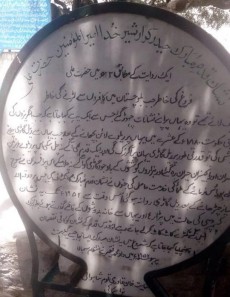 According to the myth: “In the times of the Caliphate, Hazrat Ali (R.A) came to Balochistan to rally the kufaar out and left his footprint in the valley of Bolan, in the district of Kacchi-Bolan. When the Britishers came and established a railway line in Bolan, Balochistan, the first train that was to cross through the point where the footprint is, stopped just before the place where the footprint was. No matter how hard they tried, the train would NOT go ahead. This utterly and dearly shocked the Britishers, the engine would head in the other direction but not ahead. 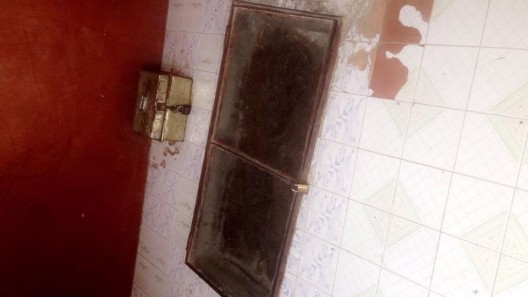 When the Britishers, worried, went to the local Ulemas of the place, the Ulemas joined them to visit the sight. Upon arriving, they examined the point where they discovered Hazrat Ali (R.A)’s footprint, as the rumors of his ‘walk through the Bolan Pass’ were very famous in the area. After securing the footprint, and changing the direction of the railway track, the train at once, started to move ahead again. Since then, ‘Peer Panjah’ has been secured as a shrine – recognized as Hazrat Ali (R.A)’s footprint. It is said that in the years to follow, when the nomads of different tribes walked through the Bolan Pass, they stole bits and chunks of the footprint, leaving it to a mere stationery print now.”

The place holds a high importance for the locals of Bolan and Balochistan. For you, it depends on if you’re a believer or not. Every year, millions of followers and believers visit Hazrat Ali (R.A)’s shrine in Najaf, Iraq. What do you think? Would the believers of Hazrat Ali (R.A) be interested in traveling to see his footprint in Balochistan?

Note: All the images are original. Legal actions shall be taken against pages/publications/websites/groups/individuals that are found copying/stealing them.

The Interesting Psychology Behind Why Women Always Fall for the ‘Bad Guy’
Types Of People Who Should Always Stay Away From Geminis!
To Top