Being A Divorcee Your Survival In Pakistani Society Is Really Tough 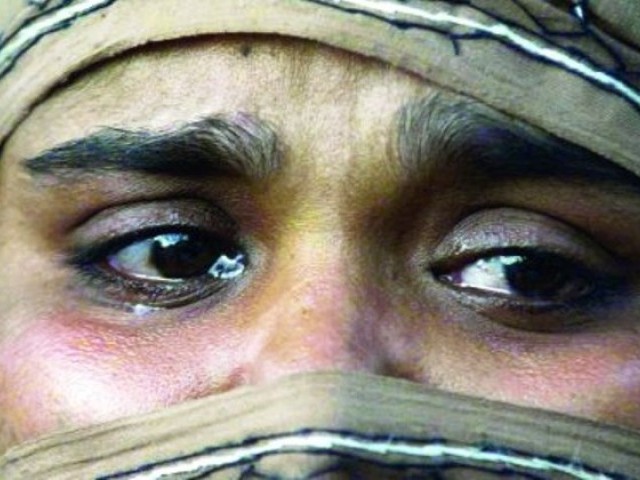 I had to die before I could come back to life. I guess it was inevitable. The kind of person I am, I need the reality check more often compared to regular folks.I have hated being regular, though apparently, I am quite regular looking. A simple, reasonably decent human being. Up until I am provoked. But where has it gotten me? Honestly speaking where exactly do I stand? Since the time I was divorced at 31 with two kindergarteners and an infant daughter in tow( this was 17 years ago).

I looked at my toppled world and began the laborious task of rebuilding. The Master’s degree came in handy and I started teaching. The sudden realization that I was more than a rejected wife; the healing began. I excelled at my job. The girls were studying in a good school. My 6-month-old was taken care of, by my widowed mother living next door to me. My brother gave me the protection that a young divorcee in our society often needs.
Years passed, things changed; relations turned sour with my brother shifting to a bigger city where I could not move due to professional obligations. Teaching was paying my bills and the inheritance share both a blessing and a curse. I knew we would have to shift too. My hometown had accepted me, sheltered me but living by myself without male presence would create problems. My mother had stayed backed and we decided to pack and move to the same city where my brother was living now.

So another phase of my tumultuous life started. Big city, better options, right? No. Suddenly, my Masters was not good enough. I had no extra qualification only the 4, 5 years of work experience that too from a smaller city. I mean how good could I be. I felt small and dejected but giving up was not an option. The kids needed schooling, a good education which unless I got a job at a reputable institution was not possible. In my own city, I had carved a niche for myself and was in the top hierarchy, here again, I had to start from scratch. The teaching continued as well as administrative experience along with home tuition. Life was reasonably settled other than the constant shifting due to lack of my self-owned living space. The girls were in senior classes now and expenses were growing much faster than my financial gains.

Well, that’s life. Things happen to us that we never imagine possible. I was a really good student but I was never career oriented. Being an affluent businessman’s daughter I had never thought I would need to work. Oh, how life laughs at us! The ugliest divorce proceedings, the stigma and the turmoil. I bore it all for I didn’t want to stay married to a womanizer. The court which had granted me custody had requested the father to pay Rs. 2000 per month for three minors! The judge must be unaware of the living expenses or he didn’t give a damn. In either case, it was another nail in my coffin. I decided to free my ex of this burden as well and I am glad that all three of my daughters were raised free of any favor from their father.

The journey was hard and it continues. The eldest who was six at that time and now a graduate from a top university in Pakistan is working. The other two are still studying and I am still a believer. Yes, I have been broken more times than I care to remember but I have refused to bow to injustice.
I have died many times but I come out of the darkness looking for light.

Only yesterday, I was searching for scholarships/grants offered by the government for single mothers with limited resources, who wish to improve on their academic qualification. Unfortunately, I found none! And it made me thinking how come a father who walks out on his three minor daughters, is asked by our courts, to pay Rs.2000 per month as child support. While a mother who spends a lifetime looking after them, cannot find a single organization within this country, to help in her struggle to give a better life to her girls. Being average is such a curse especially if it’s your income!

Anyways, these are the questions which make one wonder, how high a price a person must pay in the fight against injustice, the fight to survive and the fight to stand for one’s rights? It is substantial. And is it worth it? It all depends on whether you are willing to look the other way and let the circumstances control you or choose the irregular path; the less trodden but worth every yard. So, I leave with a promise that your life has a purpose. You just have to find it, till then let the search continue.

Remember, we must keep challenging ourselves and the circumstances surrounding us; that’s the only way to look life in the eye, wink and demand a break!