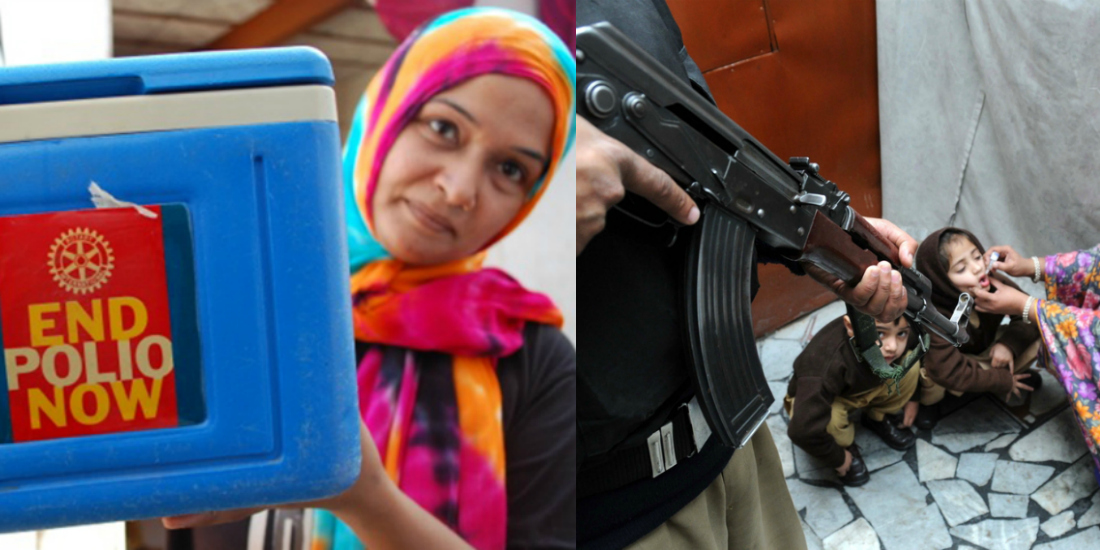 Seven is the latest number of policemen that were killed, providing security to a polio vaccine campaign team in Karachi on Wednesday. Armed gunmen on motorcycles took the policemen by surprise, shooting them dead on the spot.

However, this is not the first case of such an attack, which would slow the throttle on eradicating polio from Pakistan… 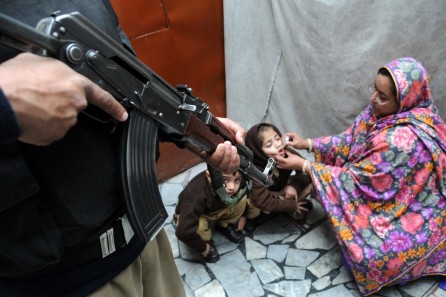 The polio immunization scheme that started back in 1974 – is still to be completed in Pakistan. Our country is one of the only 2 nations, besides Afghanistan, who have failed to eradicate polio completely. Since 2012, almost 100+ people, including security officials, have been killed in attacks on polio vaccine campaigns. 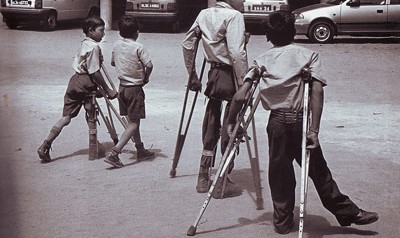 Ever since 2012 and the CIA’s use for a polio campaign, at the hands of Dr. Shakil Afridi, to locate the then world’s most wanted man, Osama Bin Laden – every effort towards a polio-free Pakistan seems to deteriorate. Since then, all has been hell for polio workers and the officials protecting them. Of the 100 dead in different attacks, the Taliban militants have accepted responsibility for the majority. 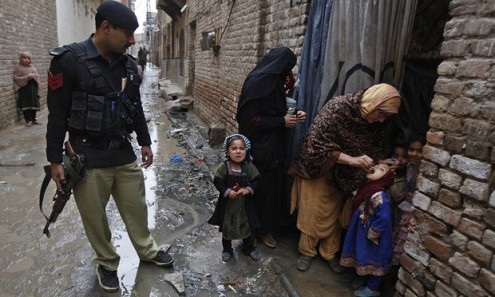 It is now an actual and factual question, will Pakistan eradicate polio first or will polio eradicate Pakistan?

There have been other causes that have slowed down the process of eradication as well – these reasons include misinformation of campaigns, which means, propaganda of the vaccine containing pig fat, alcohol or other such substances that would go against the religious teachings of Islam.

Of all the reasons, the most pretentious and propagated one is that the vaccination sterilizes boys, making them impotent. Such prehistoric theories can only be believed in a country like Pakistan, where the people love to jump on the theocratic bandwagon of fanaticism. 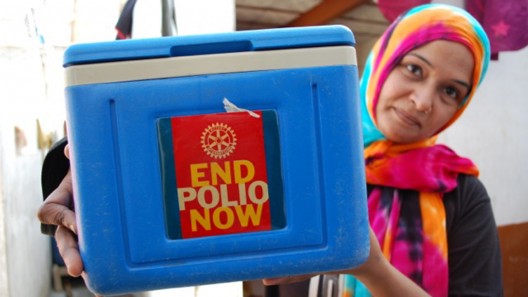 Wondering why polio eradication is compulsory? Well, it’s pretty self explanatory. When you’re sick and carrying a contagious disease, nobody is going to welcome you to their house, sit with their family and have supper with them. Similarly, due to Pakistan not being able to eradicate polio, other countries of the world, of which 99.9% have already cured their people of the disease, would not let you travel to their country. Even Saudi Arabia has recently shown resistance to pilgrims who have applied for Hajj.

So, what does Pakistan do now? Do we make sure every child and adult take 2 drops of the polio vaccine before they sit on an airplane or do we persist in our efforts to eradicate polio through these campaigns? Do we keep letting our polio campaign workers and policemen die or do we try to find a middle-ground so the efforts keep rolling, slowly but surely?

In any case, one has to wonder, will Pakistan eradicate polio first or will polio eradicate Pakistan?

Eating a Lemon Can Tell What Kind of a Person You Are
A Pakistan-India Love Story Gone Wrong, Man Released From Prison After 12 Years
To Top