Hundreds Of Students Protest Against This University In Karachi 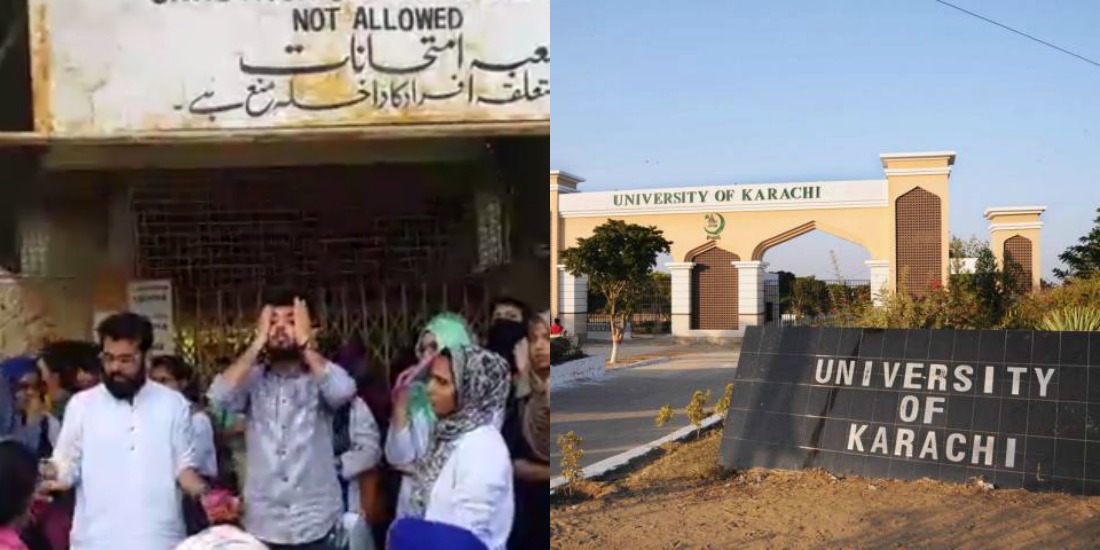 With minimum to almost no media coverage till now, a huge protest has gone unnoticed. Yesterday, hundreds of students lodged their protest against one of Pakistan’s most historic universities, on an issue that prominently has not happened before. 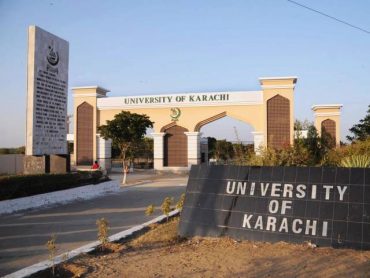 Hundreds of students can be seen protesting against the University of Karachi, standing outside the examination department. There was a huge unrest amongst students who were perplexed by the exam paper. The Prosthodontics exam being conducted by KU was out of course. As per the students, the whole exam paper was out of syllabus and even the brightest students could not do well.

They say that the whole exam paper was made out of the syllabus provided by the examination department. Students have taken to social media to mark the importance of their protest. As it can be seen in the video, class representatives from different universities are being called up by others organizing the protest, so a formal application could be written to the board, signed by all the affectees.

The news was featured on different news channels but only for a very short while before there were no updates on the issue. However, we believe it is very unfair to students if they are being treated like. It also wouldn’t be right to make assumptions at our end before more details of the news are released. The only clear thing is that hundreds of students were unhappy with the question paper, thus, launching a mass protest.

News will be updated as more information will be released on the issue. Keep watching this space.

Angry Indians Vandalize Designer Store ZARA Because The Clothes Are Made In Pakistan!
How This Husband Left His Wife All Alone During Their Baby’s Delivery Is Extremely Inhumane!
To Top