Daughter of former President Asif Ali Zardari, Bakhtawar Bhutto Zardari has recently joined the social media app Tiktok. In addition, she has said hello to the Tiktok platform. She also confirmed her account on the app.

Tiktok, specifically, has gained immense fame which has made it extraordinary compared to other social media platforms to date. It has even found to outperform apps like YouTube, Facebook, and Snapchat by being downloaded in excess of a billion times. 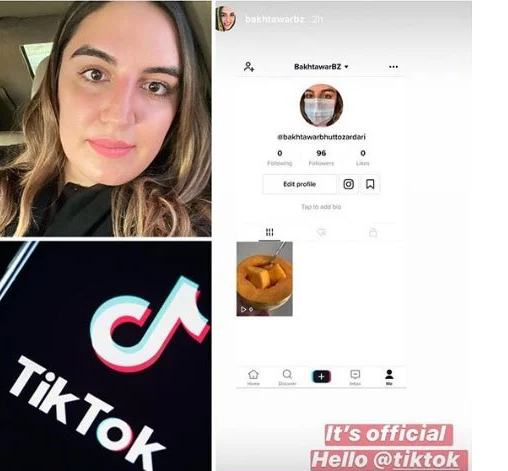 Just recently, the new user of Tiktok had shared a photo on her Instagram. It was a screenshot of a video conferencing call she had with her family- Asifa Bhutto, Bilawal Bhutto Zardari, Asif Ali Zardari.

Here’s the photo she shared with her followers:

Who knew that the politicians too would be into Tiktok! This entertainment app has become very common among the youth today. This social media platform is mainly used for creating and sharing music videos. Let’s see what the PPP leader Bhaktawar Bhutto has got to share! 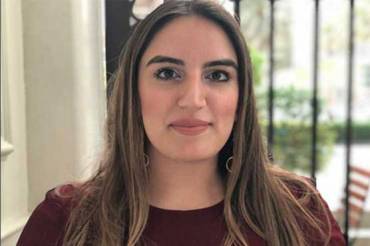 Every once in a while, we see celebrities and many people joining the app and becoming obsessed with it. After Dubsmash, Tiktok has become a widely popular and widely used app among today’s generation.

If you have the app, you must be aware of how the new feed floods with all the videos every other minute. Tiktok is not only addictive, but it has its very own dark side as well. We all have witnessed the number of cases recently in which people lost their lives due to this particular app.

However, harking back to Bakhtawar Bhutto joining Tiktok, we are excited to see the kind of content she comes up with. The daughter of former Prime Minister Asif Zardari has recently said hello to the Tiktok users and is all set to become a Tiktok influencer!

Did A Police Constable Really Clear CSS 2019 From Sindh? Here’s The Real Story
Sania Mirza & Others Fight Babar Azam As He Says Sarfraz’s Wife Is His Favorite Bhabi
To Top