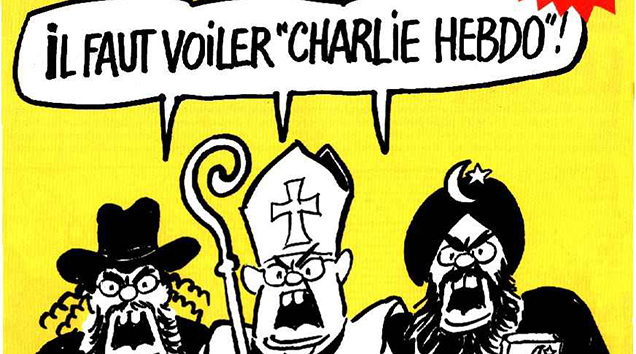 A senior BBC executive has revealed that the corporation avoids using the term ‘terrorist’ to describe the Islamists who carried out the Charlie Hebdo massacre in Paris.

Tarik Kafala, head of the BBC Arabic Service, said the term “terrorist” was too “loaded” for reporters to use when describing the two men who killed 12 people in the attack on the French magazine.

Related – Who Were The Murderers in the Paris Attack?

He told the Independent: “We try to avoid describing anyone as a terrorist or an act as being terrorist.

“What we try to do is to say that ‘two men killed 12 people in an attack on the office of a satirical magazine’. That’s enough, we know what that means and what it is.

“Terrorism is such a loaded word. The UN has been struggling for more than a decade to define the word and they can’t. It is very difficult to.

“We know what political violence is, we know what murder, bombings and shootings are and we describe them.

“That’s much more revealing, we believe, than using a word like terrorist which people will see as value-laden.”

He said that when discussing the Paris case “we avoid the word terrorists. It’s a terrorist attack, anti-terrorist police are deployed on the streets of Paris.

“Clearly all the officials and commentators are using the word so obviously we broadcast that.”

According to the Independent, BBC guidelines on reporting terrorism says that the word is not banned, but that the corporation asks ‘that careful thought is given to its use by a BBC voice.

“There are ways of conveying the full horror and human consequences of acts of terror without using the word ‘terrorist’ to describe the perpetrators.

“The value judgements frequently implicit in the use of the words ‘terrorist’ or ‘terrorist group’ can create inconsistency in their use or, to audiences, raise doubts about our impartiality.

“It may be better to talk about an apparent act of terror or terrorism than label individuals or a group.”

Instead BBC correspondents should use words such as “bomber”, “attacker”, “gunman”, “kidnapper” or “militant” in reports.

BBC Arabic, television, radio and online news services reach a weekly audience of 36 million people and is part of the World Service, which is funded by licence-fee payers.

The Article was First Published in The JC