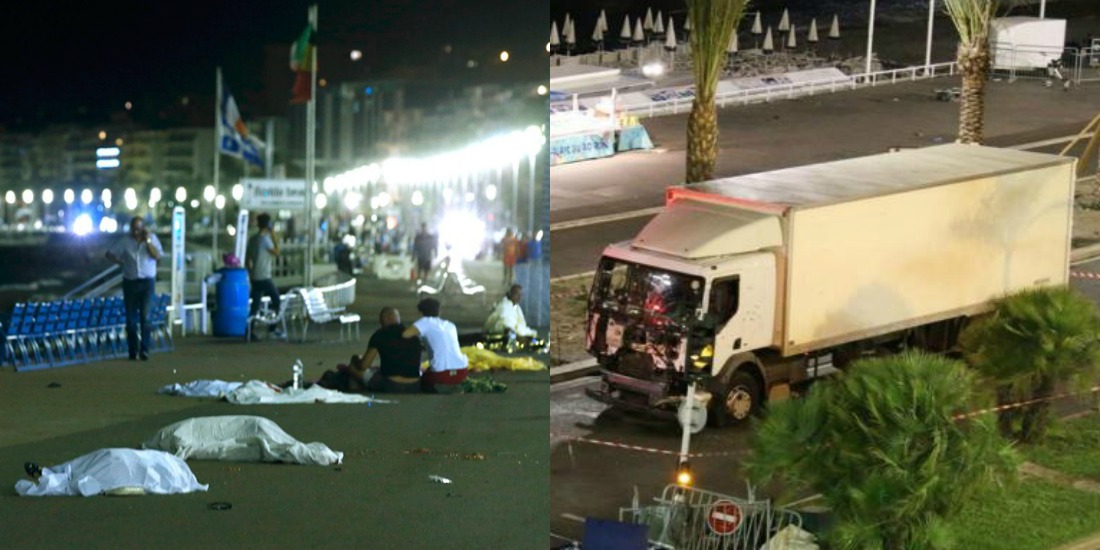 One of the most unconventional and deadliest attacks in the recent history of the world, subsidized by a wave of ethnic, religious hate and indiscriminate terrorism, 84 people lost their lives in Nice, France, during the Bastille Day parade ceremony. 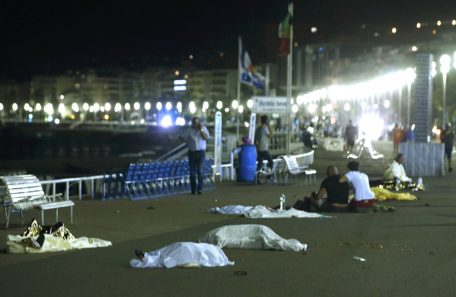 More than 50 others are in a critical condition and hundreds injured have been injured. The attack marks remembrance to the gory Paris attacks. As the situation has developed, here’s everything we know about the Bastille Day attack in Nice, France, up until now. 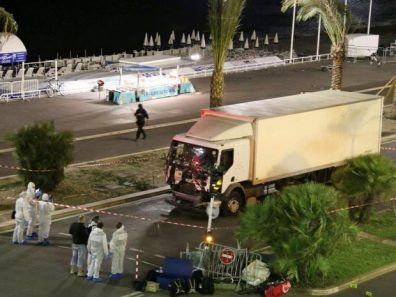 Thousands of people had gathered to watch the Bastille Day fireworks at the seaside when a rogue lorry raced into the crowd, slaughtering every single soul that came in its way.

“He was speeding up, braking, speeding up again and braking again. We thought it was weird,” said a witness.

“He was driving really slowly, that’s what was astonishing,” said Richard Gutjahr.  He also said that there was a motorcycle tailing the lorry. “The motorcyclist tried to overtake him and even tried opening the lorry driver’s door,” he told AFP news agency. He further said this was when the motorcyclist fell under the wheels of the rogue lorry.

He also said that there was a motorcycle tailing the lorry. “The motorcyclist tried to overtake him and even tried opening the lorry driver’s door,” he told AFP news agency. He further added that this was when the motorcyclist fell under the wheels of the rogue lorry.

Behind the steering wheel was one Mohamed Lahouaiej-Bouhlel 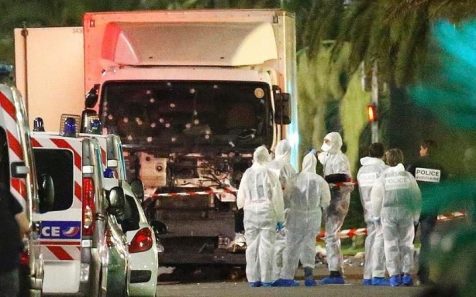 A 31-year-old Franco-Anglican named Mohamed Lahouaiej-Bouhlel is said to be the devastating attacker who killed 88 people, injuring hundreds. The attacker was killed after police struck him with several shots fired through the front window of the lorry.

The attacker is said to be a resident of Nice who has been linked with Jihadist organizations in the past. He was married, with three children and worked as a delivery driver, although he no longer lived with his partner, according to BBC reports. The lorry is said to be hired as well. After searching the lorry, police found his identity card, cell phone, and a pistol. 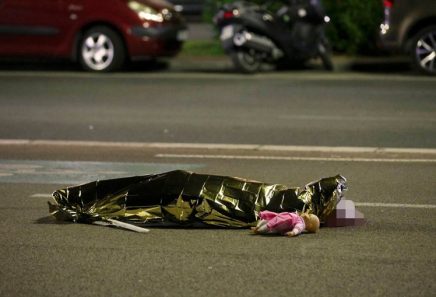 The first victim of the devastating attack was a Muslim woman herself. One Fatima Charrihi. “All I can say is she wore a veil and practiced Islam in the proper way. A real Islam, not the terrorists’ version,” said her son. An American father and son were also killed among the 84. The father-son duo was on holiday in Nice. Three young students from a school trip from Germany were also among the deceased. Several children were also crushed by the lorry.

These young kids probably dreamed and aspired to make this world a better place someday. However, the truth is that these kids did not deserve a world like this. No one deserves to die like this, no matter who they are. At this point, all we can do is pray and hope that nothing like this happens to any of us. May God have mercy on our souls.

This Pakistani Singer Amazed Britishers with his Spectacular Video!
A Man Called the Punjab Police For Help. You Won’t Believe How They Responded
To Top