Bangladesh Head Coach Domingo Is All Set To Visit Pakistan

It’s so pleasant to see our fully-loaded cricket grounds again. After a long wait of almost a decade, the Pakistani cricket fans got this bliss. Witnessing such moments once again in our homeland makes us feel super proud. The emotions are really hard to control.

But it’s just the time of celebration. Another good news for the fans that the Bangladesh cricket team is expected to play a series at the end of January 2020. And the first one who confirmed his visit is none other than Bangladesh head coach Russell Domingo.

The Bangladesh cricket team is scheduled to tour Pakistan for three T20 international and two tests, later this month. But the rumors of uncertainty roaming around after the BCB president Nazmul Hassan stated that some of the players are not willing to tour because of security issues. 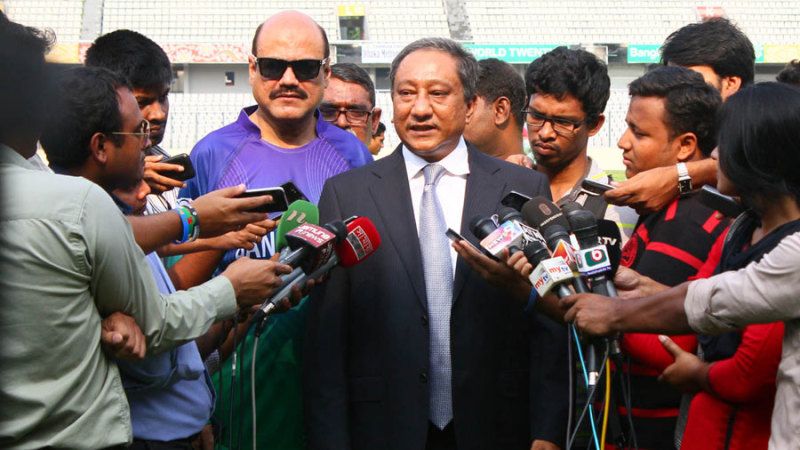 However, the former South African coach Domingo gives his concent in a recent interview. He said if the board gives them a green signal, then he will be among those who visit Pakistan for matches.

“If we have to, then I am going,” South African Domingo told New Age. “I think we can only discuss the matter once the decision is made. We need to discuss with the cricket board and the board will decide what will happen next.” He further added that some of their management members and coaching staff have reservations.

Actually, the whole drama has started after BCB president suddenly said to PCB that the players have security concerns. They only want to play the short format of the match in the homeland. While the test series should be arranged at a neutral venue. He even said that some of them aren’t even willing to play the T20s.

“If the players and the staff are willing and we can manage to form a good team, then we will send our team. Some of our star players have said that they don’t even want to play the T20s,” said Nazmul Hassan.

The BCB taking a u-turn as the actual agreement is to play both T20 and Test Series in Pakistan. But now, they just want to visit the country for T20s, not for the Tests. They tried their best to hide behind the management informing that their foreign professionals are not willing to come to Pakistan.

After their statement, the fans are not much happy with their behavior, express their anger on social media, 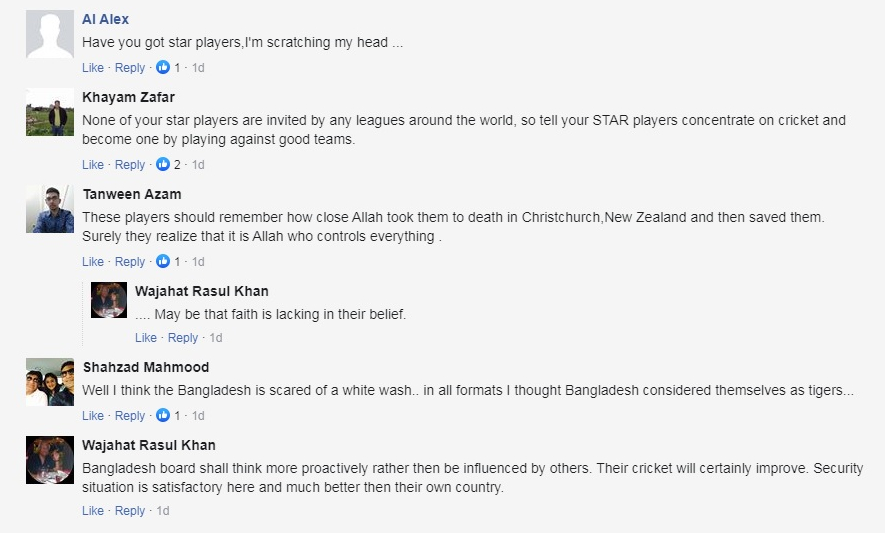 However, PCB has cleared BCB that Pakistan’s home matches will not be shifted to a neutral venue as proposed by the latter. The BCB has agreed to play a short T20 international series in Pakistan, however, it’s reluctant to play the test series in the homeland. Furthermore, they said that they will make their decision after the T20 series where they analyze the security conditions in the country.

Let us know what you think about this news in the comments below!

Cabinet Approves Amendments, COAS Gets A Three-Year Extension!
Iran’s Qasem Soleimani Gets Killed In Baghdad On Trump’s Orders!
To Top