Balochistan Govt Plans On Converting Their Beaches Into Tourist Spots!

Balochistan is one of the largest provinces of Pakistan in terms of land area. However, it isn’t the most developed like its other counterparts; that is Punjab and Sindh. The province is an unexplored gem that has so much to offer to Pakistan in terms of tourism. It’s breathtaking beaches and hidden sanctuaries that perfectly co-exist with the dry mountainous theme of the area, make this place the ultimate ground for massive revenue.

The government of Balochistan is devising policies to extract tourism benefits from Balochistan’s beaches.

On Monday, Balochistan Chief Minister Jam Kamal informed about the future plans of the provincial government. He spoke about banking on the province’s potential. He said that the government has been working on devising an effective policy aimed towards the development of the province’s 700Km long coastline. Moreover, the minister continued that this will yield tourism, as well as energy benefits for the locals of this province. Moreover, Kamal reiterated about the major benefits the economy will reap upon converting the coastal line into one of the major tourist attractions. Similarly, Balochistan also contains mesmerizing waterfalls that are hidden away from the prying eyes of the men. It’s great to see the provincial government finally giving the idea of developing coastal lines for tourism, a good thought. 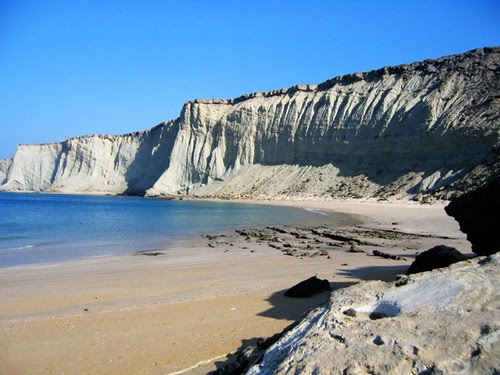 Furthermore, CM Kamal spoke about the best places with the most potential, saying, “Gadani, Pasni, Jiwani, Kund Malir, and Haft Talar island are the most beautiful and attractive spots in Balochistan which need government assistance,”

This project will yield job opportunities.

This comes as great news as Balochistan is finally going to receive the attention towards its growth and success; becoming a thriving province, like the others. Adding to this, the CM has plans for employment opportunities in the province, as well. He asked the industrialists and the traders to take benefits from the province’s mineral resources which will create more jobs.

One can see the farsightedness of Chief Minister Kamal, as he covered the important pointers that need desperate attention. Transforming the clean and serene beaches of Balochistan into tourist attractions will not only boost the local economy of the province but also help Pakistan tremendously. Moreover, tackling the unemployment rate in Balochistan, this tourism project will open many job opportunities. Also, in turn, help small businesses as well. A ripple effect will take place after this project initiates; helping affected areas automatically.

Mr. Kamal said, “Balochistan has become the future of Pakistan hence the federal government is providing various opportunities to gear up country’s economy through better utilisation of the province’s resources,”

Balochistan’s beaches have not been explored by Pakistanis themselves. So opening them up for tourism will definitely attract locals as well. Prime Minister Imran Khan’s words stressing on boosting tourism in Pakistan has proven to be of great importance.

What are your thoughts on this? Will this be fruitful? Let us know in the comment sections below!

Climate Change And The Horrendous Curse Of Poverty
A ‘Pugam’ Will Now Decide Who Gets The First Pick In The Upcoming PSL Draft!
To Top