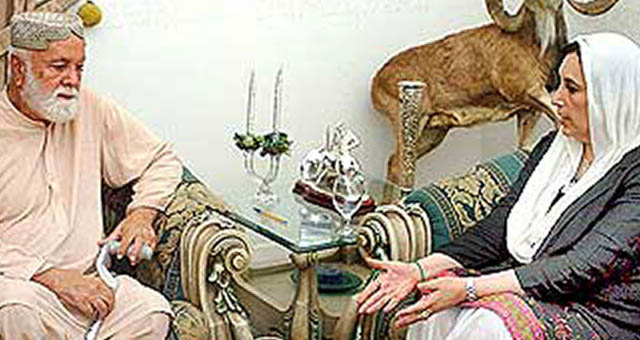 KARACHI: Nawab Khair Bakhsh Marri, a veteran Baloch nationalist leader has passed away in Karachi after a protracted illness for which he was admitted to a local hospital in critical condition last week, DawnNews reported late on Tuesday night.

The 86-year-old was being treated at Liaquat National Hospitalâ€™s intensive care unit where he had been unconscious for the last few days.

Marri, born in 1928, was a leader of Balochistan Liberation Army (BLA) â€“ a proscribed Baloch separatist organisation â€“ and was one of the key leaders of the 1970â€™s insurgency in Balochistan.

He had returned to Pakistan after the fall of the left-wing government in Kabul after spending several years there in exile.

In condolence message to the family of Nawab Khair Bakhsh Marri, they paid rich tributes for his contribution in the national politics and rights of Baloch people.

PPP, MQM walk out from Senate
PM presented options for responding to Taliban attacks
To Top