This very Sunday, Pakistan’s Chief Of Army Staff, Qamar Javed Bajwa extended the hand of friendship towards morocco, promising to stand along with them in every moment of crisis.

Bajwa vowed that Pakistan will show its cooperation in different fields, including security cooperation, joint training and counter-terrorism domain. 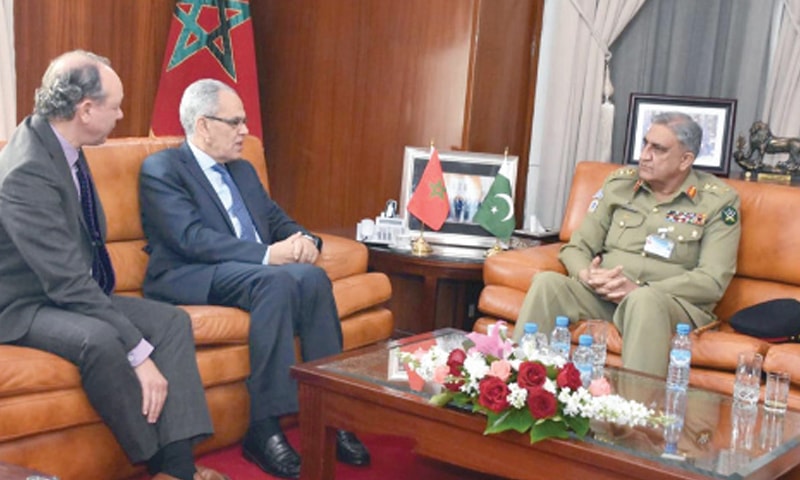 Reports from the Inter-Services Public Relations (ISPR) tell that COAS Qamar Bajwa is on his official visit to Morocco for a 4-day period. During the meetings, Bajwa settled an agreement with Morocco’s Minister Delegate Abdellatif Loudiyi, and Inspector General of Royal Armed Forces Gen Abdelfattah Lourak.

Moreover, the meeting mostly comprised of discussions done on mutual interest, bilateral defense, security cooperation. With that, the officials talked about establishing regional peace between both nations.

Bajwa and the Moroccan officials agreed on certain domains such as fluent cooperation regarding security matters. Additionally, they also talked about solutions to curb the grave problem of terrorism. Following, fortifying forces of both countries by joint training. 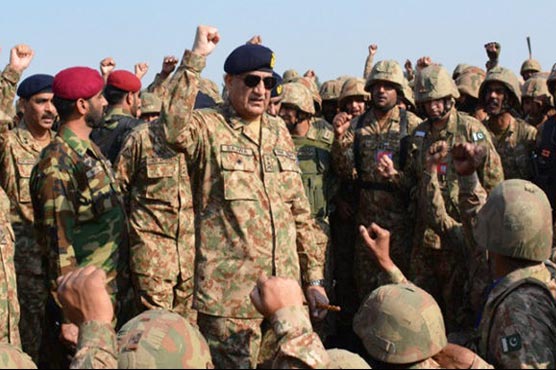 Nonetheless, the Royal College of Higher Military Education was visited by COAS Bajwa. With that, he shared his influence stating his field of vision on “Emerging Security Environment and its challenges.” He also shed light on the “Security situation in the region” and “Pakistan’s long-fought war in opposition to terrorism.”

On the occasion, he said: “Pakistan is the front line country fighting against terrorism. Moreover, it gave sacrifices and has contributions against the global menace for a peaceful region and world.”

Previously, COAS Bajwa went on visiting the Iranian president, Hassan Rouhani. The agenda of the meeting was to discuss subjects of mutual interests and “regional security environment.” With that being said, the meeting went successful, as both of them evaluated possibilities for establishing political, trade and military relations.