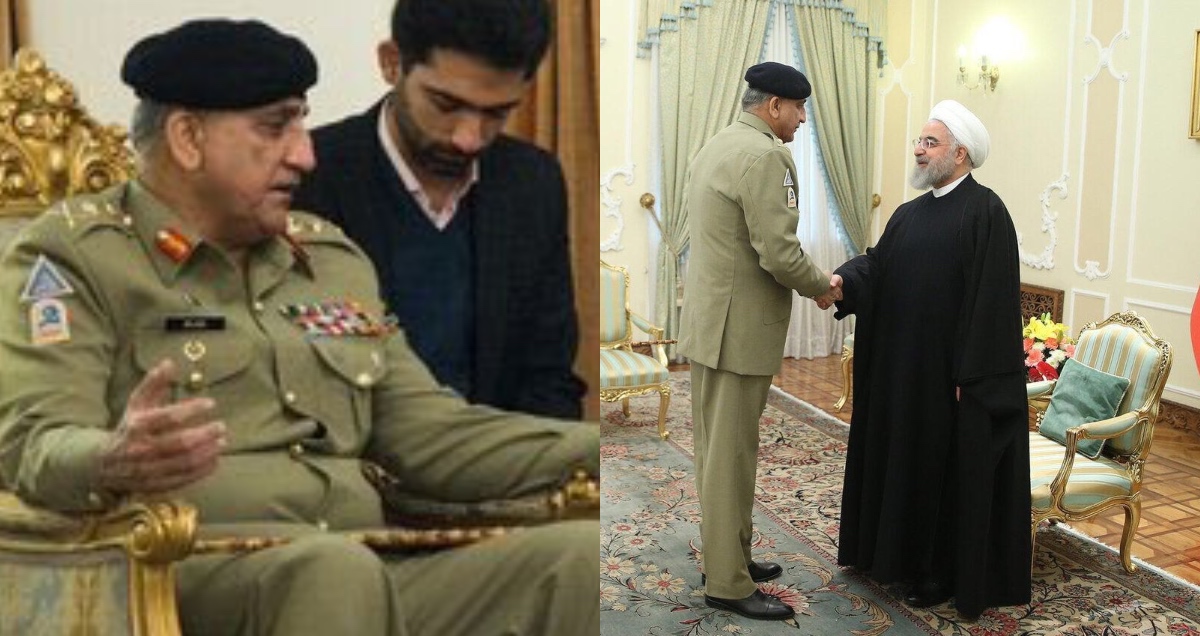 According to Iranian official newswire IRNA, Gen Bajwa assured President Rouhani that Pakistan was prepared to extend bilateral relationships in all fields. 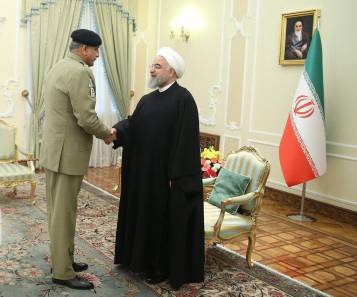 In a tweet, DG ISPR said, “COAS called on President of Iran, Hassan Rouhani. Regional security environment and matters of mutual interest discussed. The President appreciated the role of Pakistan towards regional peace and successes of Pakistan Army against terrorism.”

Moreover, on the topic of border security, he said that Pakistani and Iranian executives had already held “good meetings” for additional border security.

As per Gen Ghafoor, the Iranian president hailed Pakistan’s contributions towards territorial peace and its struggle against terrorism.

Iran and Pakistan are geographically contiguous countries. In fact, Iran was the first country to recognise Pakistan in the international arena.

However, the relationship between the two neighbouring countries went soared after the involvement of Saudi in the region.

Meantime, in his talk with Secretary National Security Council Mr Shamkhani, Gen Bajwa pledged to improve monitoring of Pak-Iran border. Moreover, he vowed to take actions against terrorist groups operating in the region. 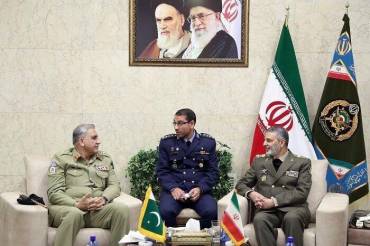 Additionally, Gen Bajwa informed Gen Mousavi that because of mutual threats faced by the two countries, they needed to have closer collaboration for handling the challenges.

Pakistan and Iran had agreed to set up a joint swift reaction force for restraining terrorist activities along the 950km border. Additionally, Pakistan pledged to forbid groups that carry out attacks on Iran.

The relationship between Iran and Pakistan

Iran and Pakistan relations car pertinent for both the countries. Plus, the changing dynamics of politics and global power shift compel both the nations to stick together

Iran has a close relationship with Russia, and Pakistan is a member of SCO. In the near future, Russia, China, Pakistan and Iran can play a significant role in global politics.

Moreover, China and Pakistan need Iran for successful implementation of OBOR. Iran ha assured Pakistan of his goodwill regarding CPEC.

Furthermore, Iran Pakistan Gas Pipeline is what Pakistan needs on war-footings. Furthermore, the economy of the nation is drowning; improving the energy sector can yield extraordinary economic progress for Pakistan.