Pakistan has some of the most talented pool of individuals that have time and time again shone brightly through their achievements. The youth of this country is not just talented but competitive and won first places in several international competitions; be it in academic or in sports.

From innovative inventions/creations to revolutionary ideas that can help the environment or human beings; Pakistani students have been at the forefront making headlines. Another talented group of students from a university in Karachi developed a device aimed towards assisting the disabled folks in the future.

Students Of Bahria University Karachi Created A Device That Allows The User To Move A Car With Their Eyes. 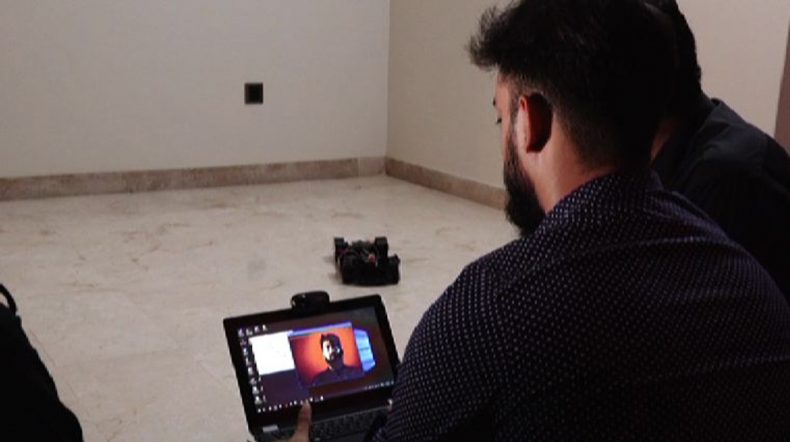 The team is comprised of five people that used Python programming language in the device to detect eye movements. They also build the prototype car that cost them around Rs. 3000. This was part of their Final Year Project that will help people with disabilities to move various objects with their eyes.

This device will revolutionalize house automation as it will allow people suffering from severe paralysis like Tetraplegia to move things like wheelchairs, mouse, computers and more with just their eyes as their body from neck down is motionless.

The students claim they are the first one to develop such a device. The automation system in the device uses blink sensors detecting eye movements in real-time. The students are very confident in their invention and believe this project if facilitated has the power to create a massive change in the lives of the disabled, performing as their personal assisting device without having the need to depend on care-takers and helpers.

This talented bunch of individuals from Bahria University Karachi have requested the government to support them in their goals of participating in an automation contest that is going to be held in Thailand by providing them financial assistance. They say that India has been the strongest winning contender for years in the automation competitions and would like to break that streak by securing the top position.

We hope that the government will take notice of their innovative device and acknowledge the potential that the developing team and Pakistan sees. Our youth is Pakistan’s future and their talent should not go unnoticed or to waste. We wish them all the luck in the world!

After Indian Cricket Team, This Indian Guy Embarrassed His Country By Making A Fool Out Of Himself And It Is Hilarious!
This Bride From Islamabad Died On Her Wedding Night After Drinking Poisoned Milk And This Is Heartbreaking!
To Top