We are closing into the final rounds of Pepsi Battle of the Bands and every week, it gets better and better! This episode, the highlight remains the mayhem created by Badnaam on stage…

Badnaam received the first standing ovation by our judges 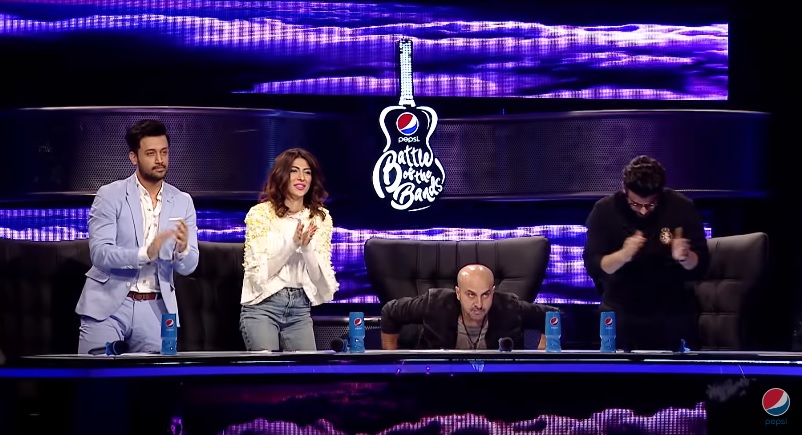 Their performance spoke for itself. It was very transparent and you cannot point out any pitfalls in what they pulled off on stage this time.

The man who’s Badnaam for being the powerhouse of his band; once again, he left us awestruck!

Ahmed Jilani – a complete malang from his looks, left a phenomenal impression on us and this week, he got more badnaam for winning our hearts. Badnaam performed Bismillah Karan and looked more integrated than ever on stage. Everything was on point; the smooth transitions and just how they managed to maintain a groove all through is a thing of beauty! Click on the video below to watch the performance.

Talk about Ahmed Jilani, he had a different attitude. His riffs matched perfectly, the vocal textures were strong and OH MY GOD, DID YOU NOTICE THOSE GUITAR BENDS??????

And, we need to talk about the other two members! The bass grooves clicked so well with the composition. Atif Aslam was especially impressed by the drummer and bassist as they helped the effort of Ahmed all the way through.

Such a staggering performance! No wonder they got the standing ovation…

Moving on, Kashmir proved why they are the heart-throbs millions of Pakistanis are crazy after! 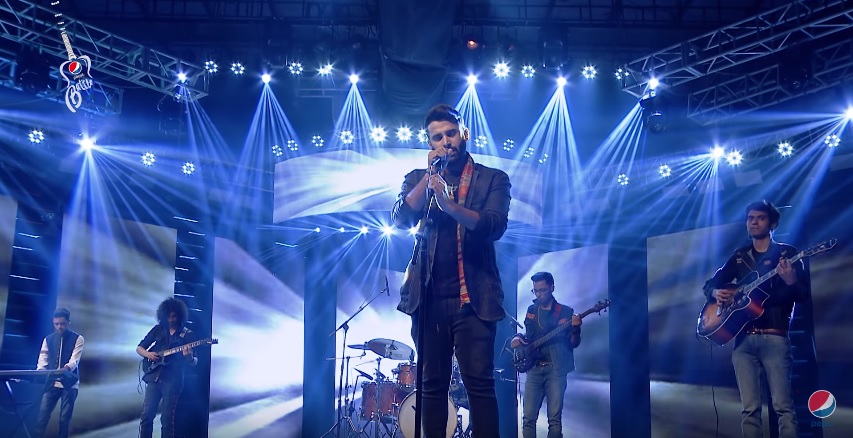 Kashmir was up to something different today. Blended their alternative-rock persona with a folk style, it’s safe to say, it might be as good as Mera Pyar… Bilal, Vais, Usman, Ali, Shane and Zair, all looked very different this week. Their body language and presence on stage spoke miles about what they were up to.

They covered Mendah Ishq Vi Toon, a Sufi Kalam by infusing a folk energy and creating a blend between and Rock and Sufi Folk. Bilal Ali’s vocals are really beautiful and it’s interesting how he exactly knew where to work them out. AND THE GUITAR SOLO? 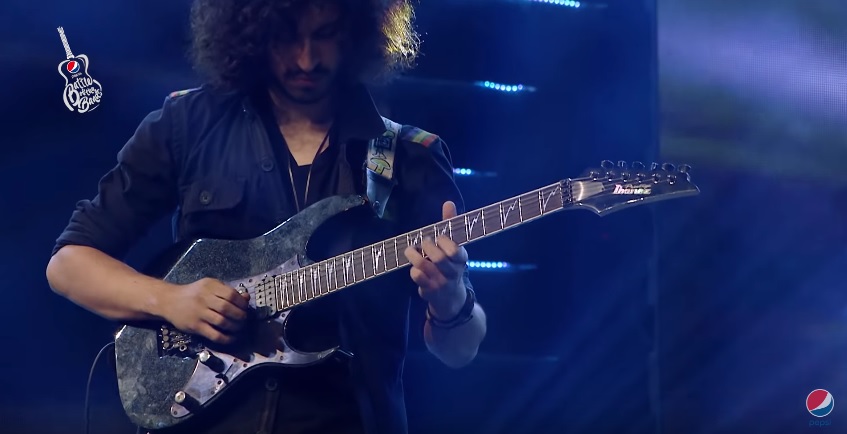 We marvel at how this talented guy bows his head, let his hair fall out and pulls off magical riffs on his guitar. This week, it was a guitar solo you will fall in love with! Catch it here:

All in all, our judges were monumentally impressed by the hard work of Kashmir breathing a new life into this Kalam with their contemporary style.

And what about Roots?

They were up to something different as well. Roots performed a very different song from their native style and it was a decent attempt. 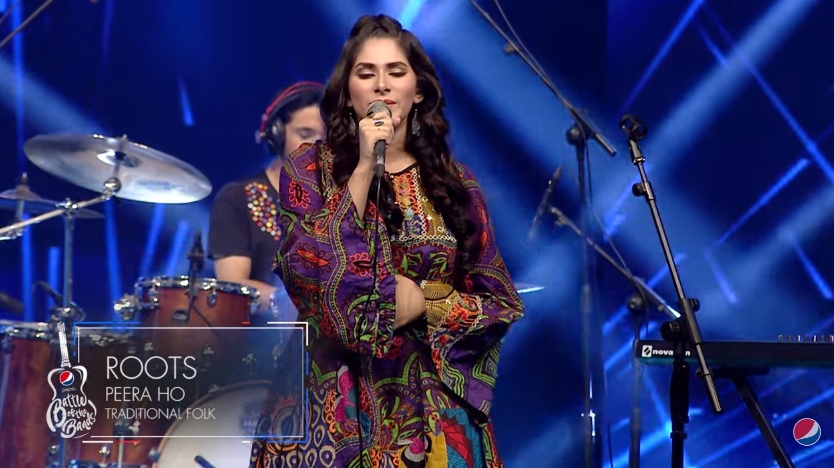 Although, it wasn’t their best performance yet their work was very bold and seemed out of the comfort zone here:

All heap of praises on their effort, especially on the vocalist for experimenting with the vocals. But as they consistently have performed well, it wasn’t up to what we expected and unfortunately, they found themselves in the danger zone.

We had to say goodbye to one band, so Kashmir joined Roots in the pressure battle. Both the bands took a final attempt to impress the judges and it got really nervous! Who’s in? Who’s out?

Watching Pepsi Battle of the Bands, you can say who are the comeback KINGS… 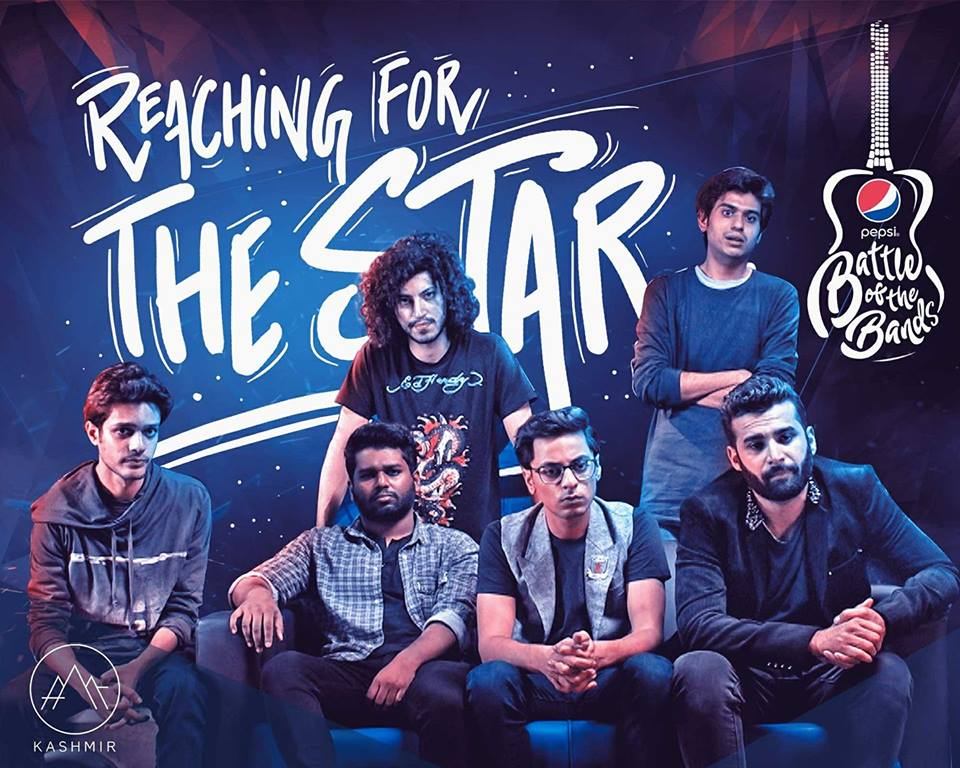 They are none other than Kashmir! Yes, guys, the band bounced back once again from the danger zone and proved they are well ready to take any pressure. Their performance of Soch was so good that judges had no choice but to…

We say goodbye to Roots who have been incredible through out this tournament. Thanks for the memories.

Congratulations to Kashmir and Badnaam! They are Pepsi Battle of the Bands finalists; now let the real battle begin!

Don’t forget to watch their exclusive interview with team Parhlo to know side of their personality that’s hidden from the camera! Enjoy!

“They Broke The Door, Cut Our Hair And Harassed Us” – Horrific Incident Of Gang Rape In Karachi
6 Things Pakistanis Do To Pose Love Marriages As Arranged Marriages
To Top