Bad News! Pakistani Men Are Not The World’s Most Sexiest! 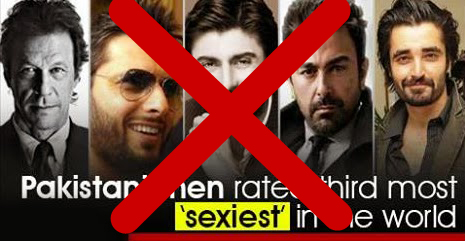 The survey that declared that Pakistani men are the sexiest in the world was conducted by a US based online dating portal MissTravel. People were given multiple options to choose from, to vote for the sexiest nationalities. What people don’t know is that the only entrant from Pakistan’s side was not Fawad Khan or Shaan, or Hamza Ali Abbasi, it was Zayn Malik, the 22 year old born and grown in Bradford UK.  People voted for Zayn Malik, who doesn’t have any connection with Pakistan except for the fact that his father is from Pakistan.

However, the social media giants portrayed it in a different manner, using the pictures of Imran Khan, Ali Zafar, Fawad Khan, Ali Hamza Abbasi, etc declaring them the sexiest of all. None of the American females must know about any of the actual Pakistani men and had they known they might have thought twice about hitting Zayn Malik’s name on that poll questionnaire!

But as Pakistani it’s in our blood to blindly believe on any crap that shows up on social media.

Sorry for hurting your emotions, but that’s the truth! We might not be the sexiest but let’s not prove them that we are the most foolish by researching before sharing anything.