Unfortunately, sometimes life brings us to a situation that we think, we might never fall in. My young sister (aged 12 years and few months ) had to travel alone due to personal reasons. Emirates being the airline we have always trusted for traveling, we booked a seat for her. We had to fill an extremely lengthy “Minor Accompanied By An Attendant” form and every customer care representative kept telling us “Ji ji female hongi sath, wohi pick karengi ap bas bahar Gerry’s ke counter per ajana, ap befikr hojaen”

So, her flight was on 6 May at 10:30. She was flying from EK 603. Me, my mom and my cousin, Umair went to drop my sister off at the airport by 8:30. After thorough waiting, a representative came out of the airport premises with the badge of Gerry’s.

He arrived at the counter and asked about who he needs to accompany, to which the person at the counter pointed towards my sister saying, “Yeh bachi hai.” He was all set to take her inside without checking her passport or relevant documents and without enquiring who came to drop her off.

My mother was annoyed at the fact that Emirates after committing to send a female representative, send a male! She questioned that we were promised that a female attendant would accompany her. The attendant from Gerry’s answered to her in a manner that was very surprising to us. He said, “Dekhen raat ke time toh male attendant he hota hai, raat ko female shift nai hoti. Apko kisi ne misguide kia hai”. My mother exclaimed that we have inquired over and over again from “Emirates Airport Office” and also from “Emirates Office (near Marriott) and Call Center Service.” 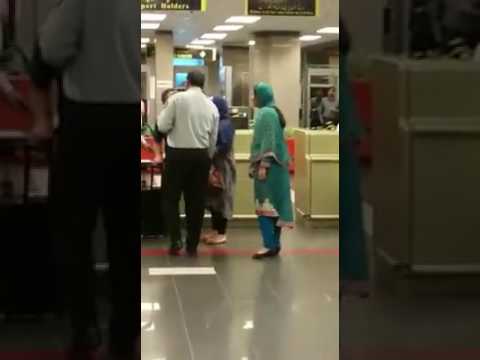 My mother after realizing that we cannot get a female attendant asked that she should be able to enter the airport to get her luggage done and then the attendant can take her to the aircraft. To which the attendant replied, “Jaen ap ASF se permission le aen.”

Right! That was so much help! We went back to Gerry’s counter. It was around 9:15 and we were moving from one counter to another counter and no one was actually helping, or responding to us properly.

WOW! What a positive response from Emirates! 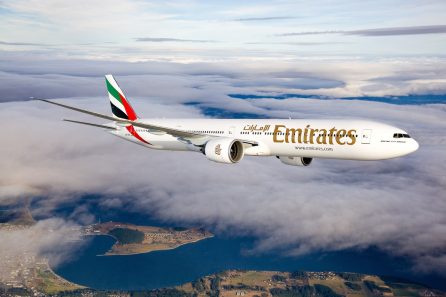 They replied “ Yeh Emirates hai, PIA nahi samjhen. Ap ne complain karni hai, ap Level 4 per jaen. Wahan Headquarter per complain karen. ”They tried to ensure us that our sister is in safe hands and that they will take care of her. We said, “Okay if you really mean it, you should upgrade her to Business Class, just so she gets taken care of.”

Anyways, since we had no time left and it was really necessary for my sister to take this flight. We had to let my sister go with them.

Later, when we sent her inside the airport, we thought of complaining it to Level 4. We learned it’s only open 9-5 on weekdays. Thank you again for making us fools.

This is actually how our Pakistani fellow people think how illiterate we are or as if we haven’t ever been to the airport before.

And because we were dressed modestly and in scarves, he thought we are introverts. Only if we had worn jeans and would have spoken American or British accent, they would have dealt with us properly. This is how disappointing the staff of Emirates is at Jinnah Airport, Karachi.

I hope my sister reaches in a safe condition.

Pakistani Students Revamped Bruno Mars’ Uptown Funk And You Need To See It
Dear Women, Don’t Let Your Failures And Doubts Stop You From Achieving Your Goals
To Top