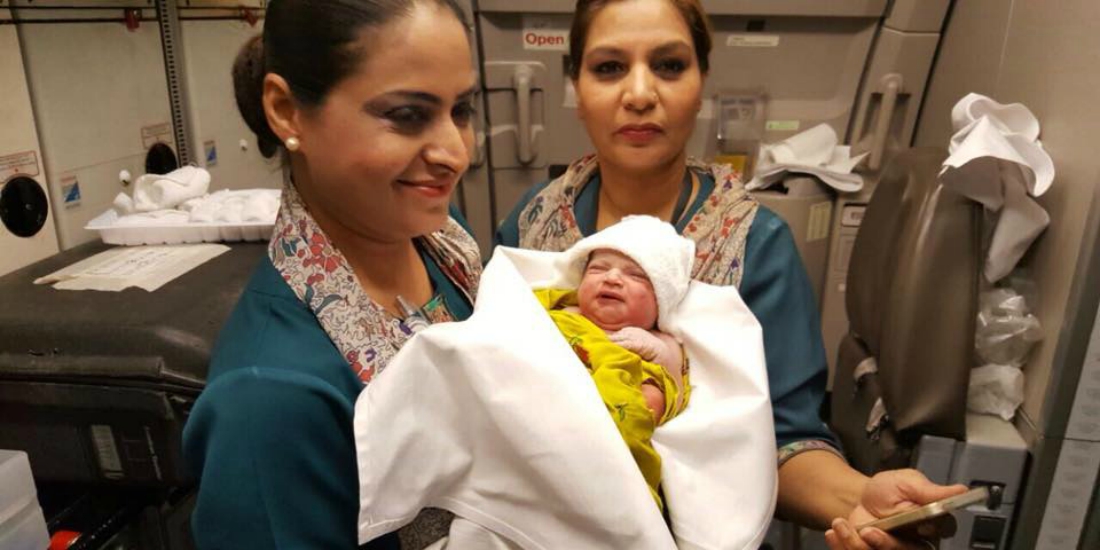 Not every day do you get to hear that a baby is given birth to on a flight. This has happened before many times, but certainly the first time in Pakistan. Just recently, an expectant mother gave birth to a baby girl on a PIA flight who was heading back to Multan from Madinah, after performing Umrah.

As soon as the mother’s water broke, the crew members showed their efficiency and immediately came to aid the mother and helped her deliver the baby. And yes, it was a beautiful baby girl! Awww. As much as some hate our national airline, this time, they truly proved themselves!

Here’s what was tweeted from PIA’s official Twitter profile:

Miracles happen everyday and we had our little miracle today onboard our flight PK 716 from Madinah to Multan. A beautiful baby girl was born! We congratulate the proud parents on the new arrival and a big kudos to our cabin crew for their amazing emergency response

Miracles happen everyday and we had our little miracle today onboard our flight PK 716 from Madinah to Multan. A beautiful baby girl was born! We congratulate the proud parents on the new arrival and a big kudos to our cabin crew for their amazing emergency response. #PIA pic.twitter.com/RPo8wyFvvE

Here’s a close-up shot of the baby! 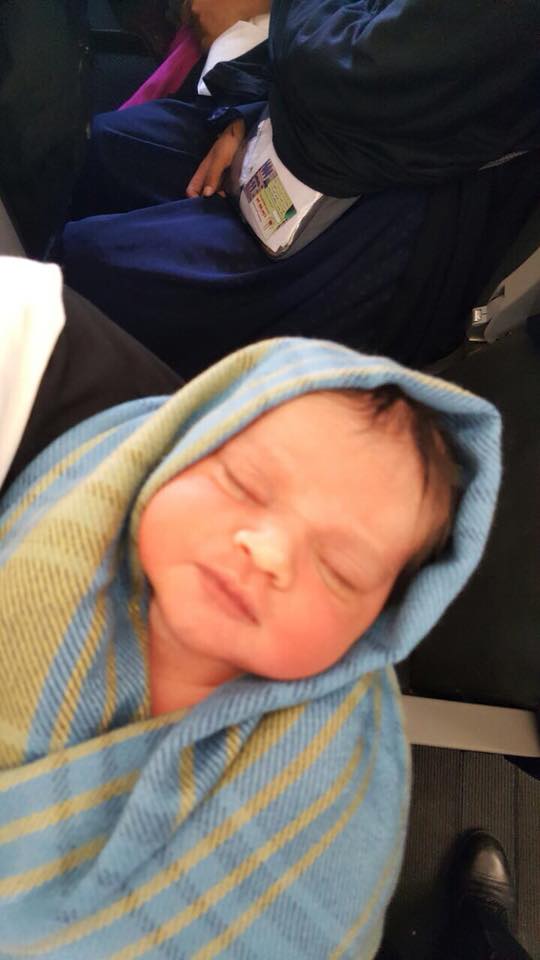 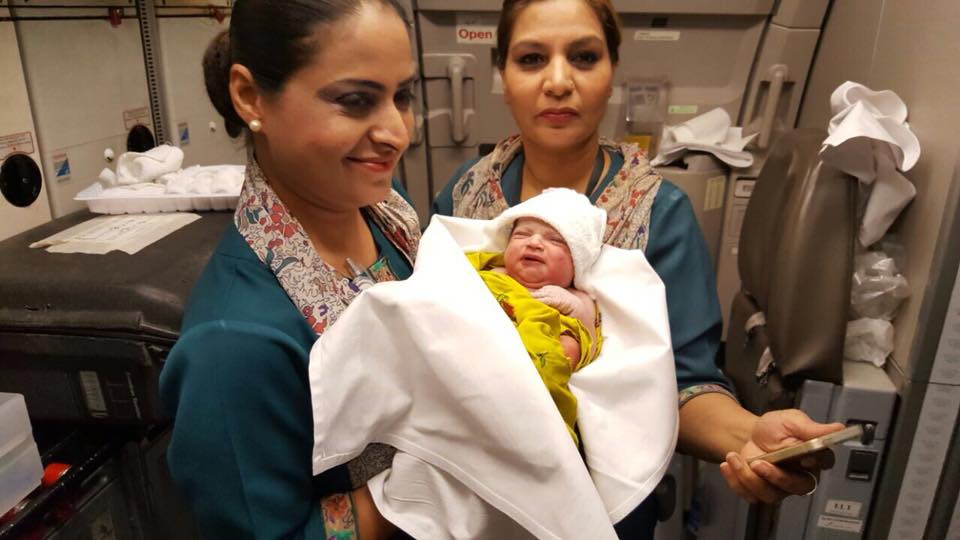 As this news spread like wildfire and many Pakistanis were excited by it, they couldn’t stop praising the airline for taking care of it expertly. On the other hand, they were some who showed their utmost concern about one thing… well, actually a few…

Will PIA would give lifetime free travel to this baby girl born on flight?
I guess nothttps://t.co/ReHjMap2Xo

A major concern, by many

How on earth the airline allowed a pregnant lady to travel, isn't this risky for the mother and child ??

Some were clearly embarrassed…

Why nine months pregnant women onboard? This is seriously embarrassing. It's against aviation law

According to sources, the baby girl was said to be “premature” as it had arrived a little before its time. However, after looking at the pictures, many found it to be untrue as the baby seemed perfectly normal and mature.

There was someone who gave a little more insight into the story, and here’s what they had to say:

The passenger couldn't stay back at Medinah as her visa expired. Plus she was wearing an Abaya so nobody could have checked her except security which is outside the PIA domain.

Some even started to suggest names for the little one. Cute!

Name should be Sindbad "Jahazi"?

We truly appreciate PIA and their efforts in this matter but yes, showing a little more concern would highly be appreciated in the near future just to avoid any complications and health risks which would require professionals and not an airline staff to deliver a baby.

Farq Parega – Here’s How to Make Sure Your Donations Reach the Right Hands
These Boys from LUMS Casually Joking About Harassment is Making People Furious for All the Right Reasons!
To Top