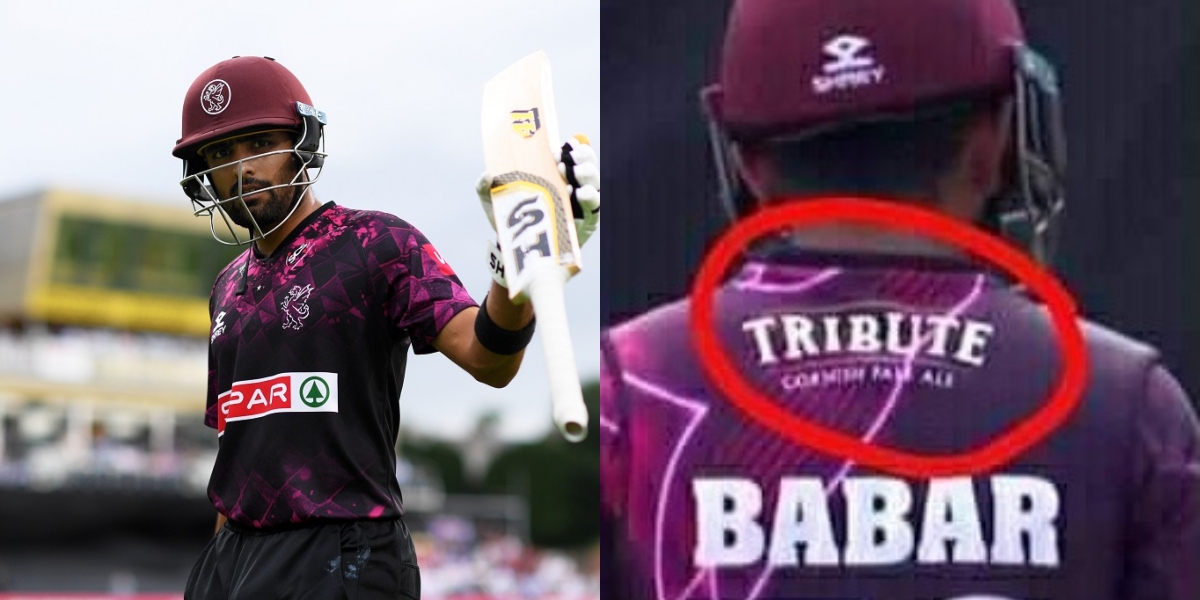 The target proved to be a tough chase for Worcestershire. Although they did come close to the target but couldn’t win. They could only manage to score 213 runs for the loss of seven wickets in their 20 overs.

During the match, Azam was seen wearing the Somerset jersey with the name of the sponsor Tribute on the back. This was a shock for many Pakistani cricket fans around the world as ‘Tribute’ is an alcoholic brand.

Pakistani fans were shocked after the logo of an alcoholic brand was spotted in Azam’s Somerset shirt.

It is a fact that Muslim cricketers refrain from endorsing such brands on their cricket jerseys. Several fans of Azam showed their displeasure on social media.

Senior cricket journalist Saj Sadiq took to Twitter and informed Pakistani fans that the logo of the alcoholic brand was left on Azam’s jersey due to an error. The Somerset team management will rectify its mistake before the next match.

Islam has forbidden its practitioners to consume alcohol. Being a devout Muslim, Babar Azam vows not to endorse the logo of the alcohol brand on his cricketing kit as he plays for Somerset.

Azam joined Somerset Club on 2nd September for this year’s edition of England’s domestic season called T20 Blast. The tournament commenced on August 27. However, Azam was already playing against England in a three-match Test and T20 series. He joined Somerset as soon as the T20I series ended.

The inclusion of Azam is a huge boost for Somerset. He was the highest run-scorer in the 2019 season, scoring 578 runs at an average of 52.54. Azam will be available for Somerset until October 4. This means that he will play for Somerset’s last seven league games as well as the knockouts if the team qualifies.

Pakistanis Grill Maria B. For Calling Her Expensive Jewelry Collection ‘Affordable’
Authorities Sleep As Mobile Snatchers Take Life Of A Newly-Married Man In Karachi
To Top