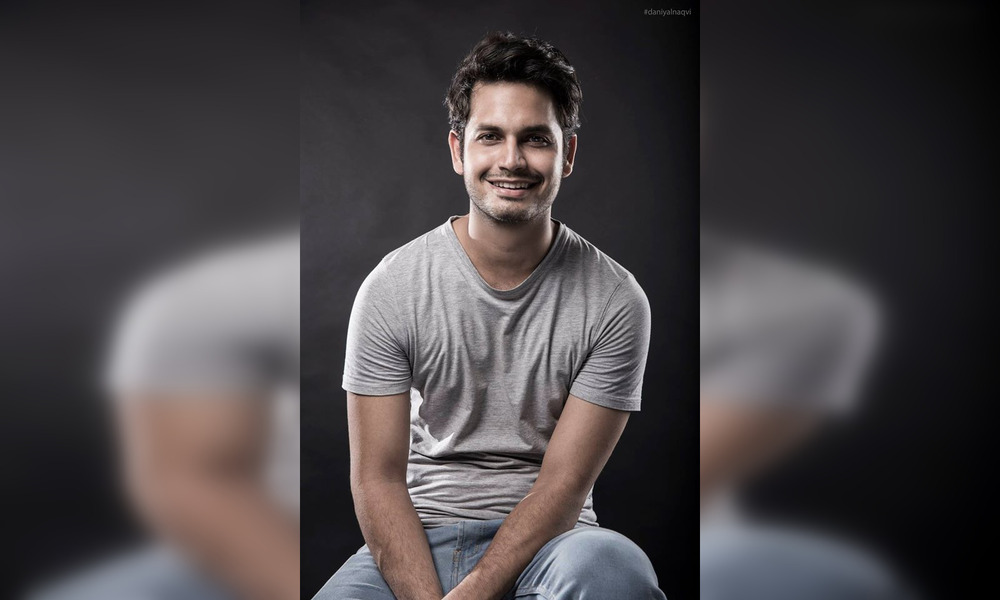 Human life, unfortunately, has little value in Pakistan. It scares us to even admit this fact and at the same time if you cannot dare to mention a word of the welfare of God’s creations besides human beings. You can witness what usually happens to poor animals in this country. Animal abuse and cruelty is another menace we have caused with our own hands, which has succumbed to our society now. 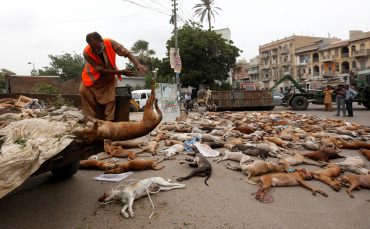 In the past few months, there have been various incidents of periodic culling of stray dogs in the region. Indeed, it was distressing on top of the ongoing cruelty with other animals throughout the times. The most plausible example is how we treat Donkeys. They have the worst life and are usually abandoned after they are infected with diseases that result in them no longer being able to do physical work. However, amid all this, there are yet people of our society who continue to show compassion and take every step towards helping these animals in pain. We have come across another incident where humans showed remarkable traits of humanity towards God’s creations.

He wrote a Facebook post on his official page where the enlightened people of the entire incident that happened the other day:

Today, while I was out this evening with my mother, I got a notification on my phone where I had been tagged on a status, by a friend of mine Asad Khalil. It said that there had been a donkey lying in front of Aga khan Hospital, which needed help desperately. 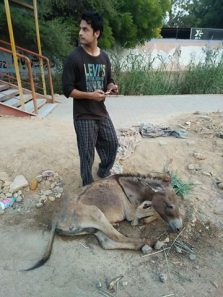 I was at Karsaz road, and as soon as Ipassed by The Aga Khan Hospital, I saw that the donkey had still not been rescued, and only one man had been standing there, by it’s side. The man who updated about the donkey. A heartfelt thank you to Mr. Ahsan Rehman, who stood there by my side.

I could notice and tell that the donkey was in an unhealthy condition. Although it wasn’t hurt physically, but it seemed like a car had hit it, and so it couldn’t move, and was also dehydrated! The way I felt at that time is unexplainable, but it makes me so happy that there are still people like Ahsan, in this world. He who came to attend a conference, but instead stood there near the donkey, trying to get some help for it.

So, I stood there, tried to call ACF, but couldn’t get any response from them. But all of a sudden I received a call from the ACF and they gave me instructions on what to do and how to do. Since I’m an animal lover, I can’t see any animal hurt or in pain. Thanks to my mom, who also stood there by my side and supported me in every way possible. 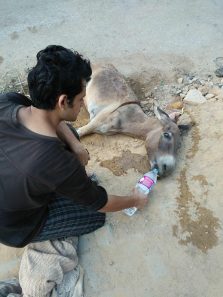 The donkey was in great pain, I gave it some apples to eat and some water to drink. It still couldn’t move. The rescuers seemed to be stuck in the traffic, and we stood there waiting for them. They came all the way and rescued the donkey and that is when I was satisfied. A wholehearted thank you to Mr. Ahsan, and The ACF team who came and rescued the poor donkey. 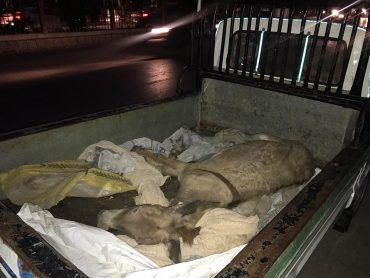 I’d like to end this by saying that it’s awful how we humans don’t care about these poor animals who’re also living creatures like us. They also breathe and feel pain, their lives aren’t worthless. May Allah guide us all and make us a better human being.

We appreciate the remarkable effort Azlan put in rescuing the poor donkey. Kudos to other authorities who summoned to the call of this great gentleman for saving the poor animal. Let’s pray that the donkey goes through a successful and speedy recovery.

For now, we have a gentleman who has put forward such a strong example of great human character. He has put an example for our society to follow!

Councils Were Spotted Fighting Like Maniacs In Islamabad’s Oldest University!
13 Beliefs About Ramadan That Are Just NOT True
To Top