Azhar Ali Saluted Misbah-Ul-Haq After His Century And Pakistani 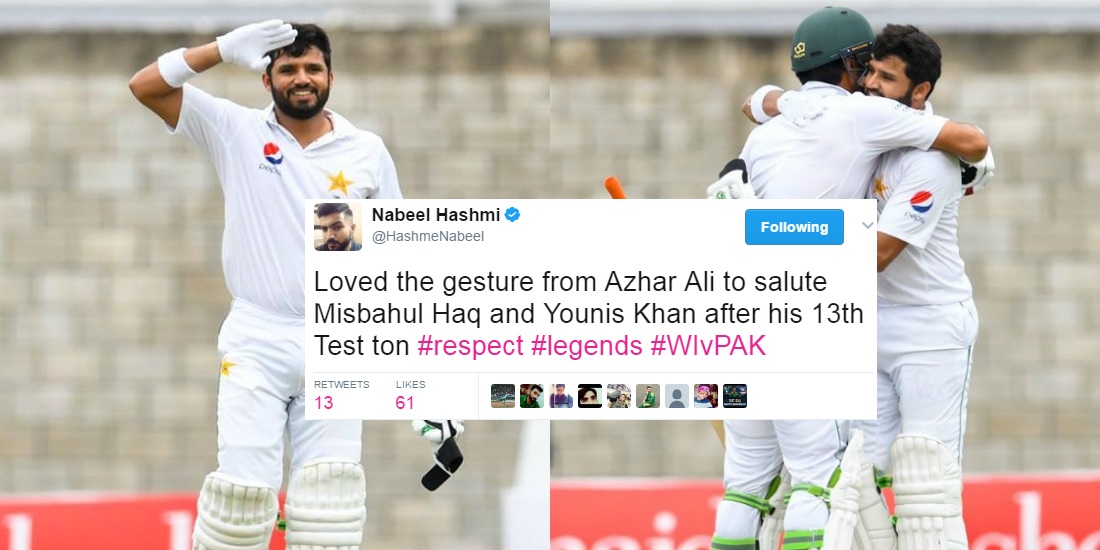 Cricket in Pakistan is nothing short of worship. The people of the country are absolute fools for the game and our international team, even though hockey is Pakistan’s national game. Over the decades, Pakistan has established itself as a cricketing superpower and this is why its people support the team through thick and thin.

When the veterans of the game started to retire, including greats such as Inzamam-ul-Haq and Muhammad Yousuf, there was a shortage of who would come in and lead the country towards glory. That was when a man named Misbah-ul-Haq stepped up. Little did we know he was going to be one of the greatest Test batsmen and international captain who ever reigned over the green shirts. 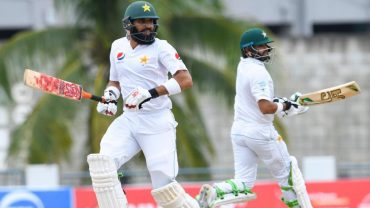 The legend, Misbah-ul-Haq, is now playing his final Test series with Pakistan and the country is already feeling emotional. However, his successor, Azhar Ali, took the tribute to Misbah a step ahead after he himself scored a century against West Indies. As Misbah bids farewell to Pakistan cricket, Azhar Ali stepped up and showed how much he means to the team.

After Azhar successfully completed his 13th Test hundred for Pakistan, he took his helmet off and sent a military salute to Misbah-ul-Haq, later hugging him with joy.

Pakistani cricket fans reacted to it brilliantly, enjoying the moment and showing what cricket means to them

Yes, us Pakistanis, we’re absolute suckers for cricket and emotions. Azhar Ali’s salute to Misbah shows that what the team will miss when he retires after the West Indies’ series. Misbah has given all his life to Pakistan cricket and a host of different achievements that have come under his tenure.

With the crown now being passed to Azhar Ali, people are very confident that he is going to do justice to Misbah’s legacy. Azhar’s salute also speaks of batsmen who partner Misbah on the crease, that with him around, even their personal records are worth a salute to the legend.

Actor Naumaan Ijaz Was Wrongly Judged By Media For Uttering His Dialogue At The Hum Awards
Child Abuse – A Serious Problem In Pakistani Society.
To Top