Maulana Fazl-ul-Rehman and JUI-F’s Azadi March is in full swing. Thousands of protestors from different parts of the country have made their way to Islamabad. While the government decides to simmer affairs down, talks, however, keep failing.

The recent meetings between the PTI government and opposition produced nothing concrete. It seems that both parties have reached an impasse. The govt’s negotiating team and opposition’s Joint Rabhar Committee met on Tuesday. No solid decisions could be reached in the meeting.

JUI-F’s Azadi March will not deter until unless the Prime Minister of Pakistan Imran Khan renders his resignation. A step, the federal government says is impossible. 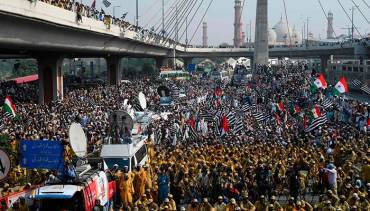 Moreover, this will include the recounting of votes along with special constituencies where polls were conducted under military observation. Furthermore, Khattak recommended that the opposition should seek guidance from the Supreme Court in this matter as well. For a while, the govt. had suggested that the opposition take their concerns up with the Election Commission of Pakistan.

In addition, once the meeting was over, Akram Durrani told the media that they were not going to withdraw any demands. The Azadi March will continue until the PM’s resigns and other demands of the March are met. Previously, the govt. had also threatened Maulana Fazl over charges of mutiny.

Details of the Azadi March meeting

However, Parvez Khattak was hopeful that both parties will be able to find ‘middle ground’ to break the deadlock. He gave the example of when the opposition wanted to hold the Azadi March in Islamabad, a middle ground was found then too. Maulana Fazl had given countless warnings to the government over PM’s resignation. 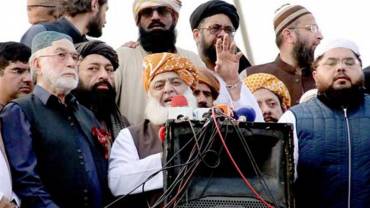 “We are trying to find a solution where the opposition’s dignity will remain intact and the government will also be able to preserve its position,” said Khattak.

Speaker of Punjab Assembly, Raja Parvaiz Elahi said that both parties will definitely reach a conclusion on the Azadi March. He said that some agendas will be taken up now, while the PM’s resignation can be discussed later. The other day, Fawad Chaudhry had asked the opposition to find a better frontman than Imran Khan if they could.

The government has also decided to restore the parliamentary committee on poll rigging. On the other hand, the Rahbar Committee is not happy with this step alone. They want ‘absolute powers’ in the matter and want to proceed to the cases themselves.

During the meeting, when the question of military supervision arose, the government said that the men in boots had been deployed for security reasons. Neither the PTI, not any other party had decided that, but it was the interim government that had done so.

As of now, it seems that the Azadi March impasse will continue. Leaders from the PML-Q have been trying to persuade Maulana Fazl-ul-Rehman to end the Azadi March. But in all honesty, can he do so without any face-saving? Only time will tell.