Times are critical. In the aftermath of Donald Trump taking charge as President of the United States of America, certain unfriendly repercussions have followed for Muslims. President Trump, prior to his victory in election proposed an agenda to ban Muslims from entering America, leading to mass protests and marches by Americans.

His policies about a particular religious lot have been looked upon in sheer resentment. It is regarded as utter discrimination during such a modern era that does not really account for such medieval, narrowed mindsets and an establishment hailing for it.

Following President Trump assuming office, he outright brandished a ban on Muslims from certain countries. It is called the “Executive Order” that broke a massive outrage among people in the whole wide world. The harsh policies against Muslims are not well-reasoned and denied by many people around the globe. 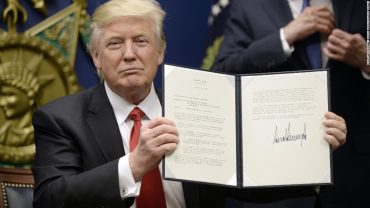 Muslims living in the United States particularly see it as a deliberate blow against their safety and security in the United States. It can potentially lend credence to racial abuse, riots and chaotic incidents that were previously withheld in the society.

Muslims in the U.S. see Trump’s call not only a threat to Muslims but also an attempt to disrupt the peace and security of fellow Muslims living in the country. 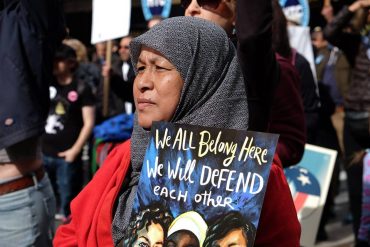 Since then, the country has seen many protests, marches, and non-Muslims gathering in support and solidarity with Muslims who are being targeted in Trump’s policies. Here we have an example of a nation that disregards anything that potentially scatters their unity as American people.

History was made at New York’s Time Square where fellow Americans joined Muslims during #IamMuslimToo march! 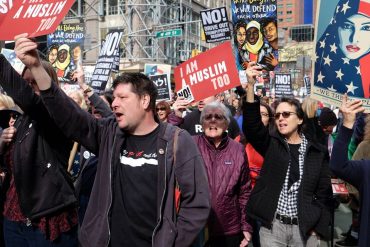 …and this is when Azaan was called out at Time’s Square, New York

It is certainly a pleasing sight to witness the world choosing to be proactive, disregarding discrimination and standing up for what humanity is all about.

American people realize barring Muslims or aggravating a threat to their safety and security will not measure up in controlling the situation. It only fulfills the purpose of enemies who simply want the world to break unity. 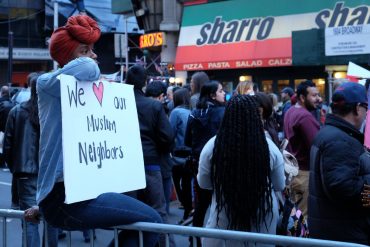 Incredible to see how these people have a sound discipline and ability to think beyond what does not really matter.

Americans are marching in support of all Muslims while we are debating with each other regarding who was more or less Muslim in Sehwan. Ah, the irony.

These Are The 12 Reasons Why I Don’t Hate Karachi University Anymore!
Moto Z Is The Next Level of Smartphones That Has Everything You Could Ever Ask For!
To Top