As coronavirus pandemic led to the shutdown of mosques in Pakistan and across the globe. British Broadcasting Corporation (BBC) for the first time broadcasts Muslim prayer (Azaan ), across Britain.

Now British-Muslims can hear the Friday prayers telecast on BBC Radio. Reportedly, several imams lead the 5:50 am telecasts every week on Friday from 14 regional radio stations on BBC. 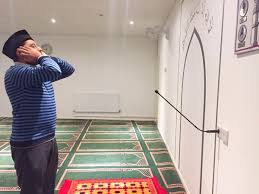 The imam reads verses from the Holy Quran and hadiths of Holy Prophet before giving the sermon and leading the audiences in prayers. The program is named, ‘Islamic Reflections’. The broadcasts have been made to help the Muslim community in the month of Ramadan. Furthermore, every week a distinct imam will commence the broadcast on Friday.

Chris Burns, the head of BBC Local Radio, talked about the broadcast. He said, “Local radio is all about connecting communities; we hope these weekly reflections will go some way to helping Muslims feel a sense of community while they are isolating.”

Pertinent to mention that currently, BBC is not running any religious program for any other religious minority in the country.

What it means for Muslims

In these critical times, Muslims know where to go. Muslims across the globe prescribed to bow down before the Allah Almighty to eradicate the menace of COVID-19.

Besides, the holy month of Ramadan lays the utmost importance for the Muslims. Moreover, Muslims can enhance their Imaan in the holy month of Ramadan. BBC has done a remarkable job for the followers of Prophet Muhammad (P.B.U.H). As per reports, Muslims were quite upset about the closure of mosques as they were unable to pray and listened to the sermon of an Imam on the holy day of Friday. However, following the resolve of BBC, Muslims can easily listen to the Friday sermon.

BBC CWR presenter Phil Upton stated: “Ramadan is just a few weeks away and I appreciate that for many that’s a big void to fill with as many as one and a half hours of your day; especially in the evening, in Ramadan month, spent in your local mosque.” 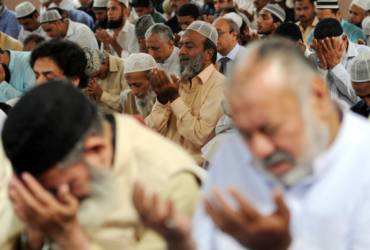 “With many local mosques being closed because of the coronavirus outbreak there’s an overwhelming sadness with the loss of your spiritual connection that can be gained from congregational prayers; so we are trying to fill the void in some small way with Islamic reflections.”

Reasons behind the broadcast of Azaan

Moreover, in this era of Islamophobia, maybe the efforts of the BBC is to soothe Muslims across Britain. Furthermore, orthodox Muslim preachers will be relieved after the announcement. Besides, as per reports, several rightist groups in Britain allege that Muslims are behind the spread of coronavirus in the United Kingdon (UK). They alleged that the prayers in the congregation led to the expansion of the lethal pandemic.

Iman Atta, the director of Tell Mama, stated: “These extremists are using coronavirus to get their pervasive message across that somehow the Muslim communities are to blame for the spreading of the virus.”

“It is mainly repeated offenders – individuals who are already known to hold anti-Muslim views –; who are repeatedly seeing this as a way to cause community turmoil and tension. It is at times like this when there are pressures in society that some people manipulate this to fuel hate and division across communities.”

For the Muslims residing not only in Britain but in the whole world, the broadcast of Azaan is a good omen. Hopefully, the radio telecast will help to diminish the widespread anti-Muslim sentiments.