The convicted Queen Ayyan Ali, who was arrested way back on 14th March 2015, is returning back to the Pakistani entertainment industry. The reason for her conviction was that she was caught carrying smuggled money up to $506,800 while traveling.

She took to her Facebook official page; sharing the news with her fans. It seems the supermodel turned singer Ayyan Ali is bidding her past,  farewell, as she steps in the entertainment industry again. In her post, she told her fans that her album is ready and she can’t for her follower and fans to hear it. 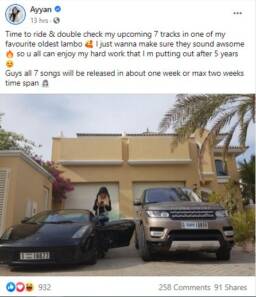 Moreover, she told her fans that her album will be out in a week or two. Looks like the detained star, Ayyan Ali is finally trying to overcome her past with this new album that she is releasing. Other than that, it also looks like the past few years have given her an opportunity to grow and become better! Well maybe! We can hope.

Surprisingly though, what is making us feel aghast, is the good taste Ayyan Ali has in cars. The supermodel owns the latest models of Lamborghini and Range Rover. Cool right? Currently, the model is living in Dubai post her release in July 2015. 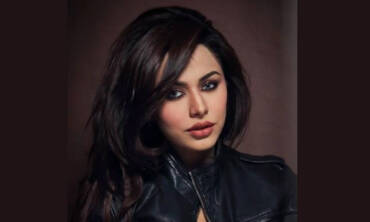 Why was Ayyan Ali convicted?

Now many of you might be wondering why was the Pakistani supermodel Ayyan Ali convicted? Well, it seems so, that Ayyan Ali is still a decreed offender in Pakistan. She is likely to be arrested if she returns to Pakistan. The singer was arrested on Shaheed Benazir Bhutto airport, for money laundering; while boarding a flight to UAE with $506,800 without the permission of State Bank of Pakistan. 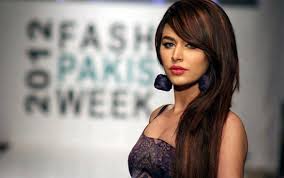 This incident shook the Pakistani public to the core, to learn how a sweet-looking model could do something like that. Politically speaking, Pakistani politics were also hampered due to this incident and many believed it was due to the close ties the supermodel and singer Ayyan Ali had with  Asif Zardari and other politicians.

What to expect in her new album?

At the moment, Ayyan Ali is making sure to keep a low profile. She hasn’t given us much info about her album, and what it is about as of yet. The only thing that we know now is that the supermodel turned singer, Ayyan Ali is back with something exciting and thrilling.

Above all, she promises her fans that her latest album will comprise of 7 songs and that she hopes that her hard work pays off.

Let’s just hope that she stays clean and avoids getting into any other kind of shamble or mess real soon. Till then all we can hope is that her new album is spot on.

Good News! Karachi University Announces That It Will Not Take Late Fee Charges From Students
Muezzin Recites Azaan From Inside Istanbul’s Hagia Sophia For The First Time In 85 Years
To Top