Ayesha Ghulalai Gets Attacked by Rotten Eggs and Tomatoes Thrown by Female PTI Workers and Social Media Is Going Crazy! 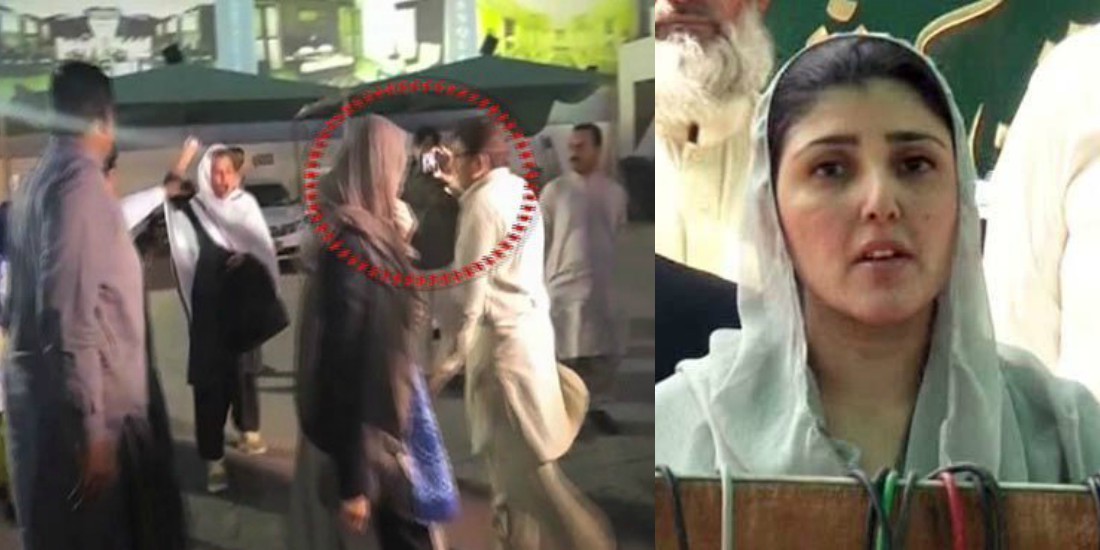 Ayesha Gulalai came to the front when she accused Imran Khan chairman of PTI ( Pakistan Tehreek e Insaaf). She accused him of harassment and many people did not buy it. True or not, but every time a woman opens up about her experience of harassment, she is the one who gets blamed and bashed for being the victim or lying for the reason. Something similar happened with Ayesha Gulalai, not with many pieces of evidence, she came on media claiming that she has been harassed in the party for years now. She was labeled many names like “Meera of Politics”, “Drama Queen” and what not!

Ayesha has been in the headlines ever since and every day, people of the accused party come to bring up something new against her but on the same note, there are people who support and stand by her to go by. She is a parliamentarian and aspires to be a successful politician. Recently, in Bahawalpur, some PTI female workers threw rotten eggs and tomatoes at her when she just arrived at the hotel to attend a press conference. These female workers even started chanting “Go Gulalai Go” at the top of their lungs and said that they don’t know what they are doing! Seriously? Well, to which Gulalai replied:

“These are my brothers and sisters put on the wrong path, and in politics, one should not lose their composure,”

But people on the internet had mixed reviews about this incident. Even some non-supporters condemned it, claiming it to be a non-ethical behavior. While others who are always there on internet sitting over their keyboards to bring EVERYONE down and make them bad.

Indeed, she is a famous politician

I strongly condemn the pathetic act of #PTI worker in Bahawalpur. #AyeshaGulalai is renowned politician.

Throwing eggs and tomatoes at Ayesha Gulalai, a political non-entity by PTI workers in Bahawalpur is nauseating and despicable. Mr. Khan needs to put a stop on it unless he wants to test his own medicine.

Good reception . She will be received in the same way through out the country as she stabbed IK under the instructions of NS .She should fight for the rights of tribal women to whom she belongs .No need to come here .

She promised to break the culture of dynasty politics and bring change in Bahalwapur. She made her point clear when she said that public consensus is as important as anything in decisions of their own city. She said that if Bahawalpur people wanted their province restored then it should be restored. Do you people have anything to add to the story? Comment below to let us know which wing do you belong to?

Move Away Hairflips, Head & Shoulders #DandruffFreePakistan Move is Here!
Mubasher Lucman Drags Himself in Trouble for Saying Something Highly Inappropriate for Karachi Kings
To Top