An ex-agent of the Federal Bureau of Investigations (FBI) in the United States has signaled Pakistan about Axact. The agent warned the Pakistani delegation in Washington about the likely renewal of a Karachi-based information technology company.

Earlier, Axact was exposed for its involvement in multiple illegal activities including making of fake diplomas and degrees. 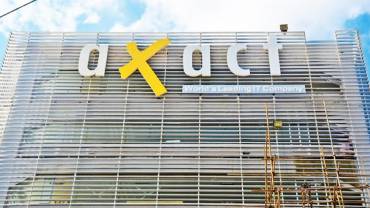 ‘The New York Times’ had led to the cessation of the exact firm for depicting its illegal operations. The proprietors of the firm were arrested and convicted to jail. Besides, the police had raided their offices and took numerous compromising documents.

Recently, A News Channel reported a former FBI agent wrote a letter to Pakistani mission about the Axact firm. In a letter, the agent maintains the firm has begun giving fake academic degrees again. as per the news channel, “The letter was addressed to Asad Majeed Khan, the Pakistani Ambassador to the United States.”

”Axact is in business today, doing what they have for the past 16 years. Degree sales range from $199 for single victims. Axact’s main target for their degree and transcript sales, followed by reported up-sell (blackmail and extortion) continues to be the Middle East,” reads the letter.

“It is followed by the United States (29%). I believe 100,000+ diplomas and transcripts have been sold in the United States alone via the Axact call centers in Pakistan. Local sales were at least 83+ in the District of Columbia, 2,632+ in the State of Maryland,” it continues.

“As is customary, these were probably accompanied by notary attestations, Embassy seals and stamps, and US DOS Apostille Attestations (most likely all counterfeit),” wrote Allen Ezell, former FBI agent who was also head of FBI’s DipScam diploma-mill task force.

“Axact touts its fake schools as being American, utilizing many addresses and telephone numbers in the United States, along with the ‘US Presidential Scholarship’ as bait to attract new students,” the letter reads.

“To further this ‘American’ illusion, many of these web sites contain pictures of the US Capitol building, along with the American flag appearing numerous times on these web sites,” claimed Ezell in his five-page letter dispatched to the Embassy of Pakistan in Washington.

“While Axact was changing its name on the front of their building (cosmetic only), their employees inside never left their desks nor stopped selling fake degrees. Its employees sit in their cubes selling diplomas on both old and new fake schools, along with other scams,” the letter reads.

“The name of their employer was changed on their building ID cards p Axact has increased its online education business to accommodate the millions of students, who because of the pandemic, can no longer attend their traditional brick and mortar schools,” claimed the former FBI agent.

In a blog published online with the Academic Credentials Evaluation Institute on 22nd April, the agent says that 5,000 student inquiries per month with about 40% ‘enrollment. Monthly gross revenue is close to $2,000,000 for the IT firm based out of Pakistan.

“As a sales incentive, a $10,000 bonus is being offered when there has been $1,000,000 in sales for a single school. Axact has about 900 employees at their Karachi and Islamabad call centers working mainly on their fake classes scheme,” he maintained.

‘They lure their victims through ‘spider web’ type sites ‘

“They advertise via pop-ups and banners in social media. They lure their victims through ‘spider web’ type sites by field of interest, such as aswww.gulfonlineeducation.com, www.onlineengineeringguide.com, and www.onlinedegreeprofs.com,” he continued.

When requested to clarify his allegations, the former agent stated he had left numerous messages to Pakistani officials. “With about five voice mails left at [Pakistan] Embassy and two conversations with his [Ambassador Khan] secretary, I did not get even a courtesy call,” he stated.

“Since I am retired from the FBI I have no idea how many buyers have submitted the Internet-based complaint to the FBI, USPO, USSS, FTC, etc. I am sure some have, but I do not have details. I know of no investigations in this country by anyone except the FBI,” he continued. 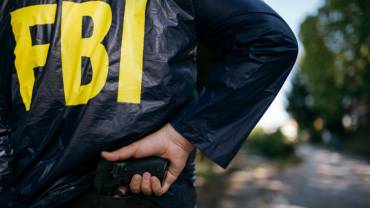 “I can’t answer some of your questions without jeopardizing some sources. In the last several weeks I have spoken to an Axact/Crest fake school salesperson about a school, and seen new sample documents so I positively know the game is on,” he told the private news channel.

‘Never contacted by anyone about Axact’

“I have only hit the high spots in this 20+ year fraud—it is like an iceberg, the likes of which the world has not previously seen. I am in the process of writing additional articles on the Axact criminal enterprise. I want to be accurate in my writings,” he wrote.

Ambassador Khan, while talking to the news channel, stated he does not know about anything about this. “I have never been contacted by anyone regarding Axact during my time here as Ambassador. I don’t recall seeing anything from him. Nor any of my colleagues,” said the ambassador.

Amir Mansoob, consul for Axact, in his reply to this Ex-FBI agent’s letter, vigorously refuted the claim.  He claimed an alike letter of some FBI official was brought before the FIA investigation team in Pakistan as a piece of evidence, which was denied by the court as evidence.

“Our firm’s representative challenged that one FBI’s official letter in a local court in the US. where it was proved years back that the Axact was not doing illegal operations anywhere in the US. Nothing found wrong or unlawful and there existed no such issue of fake or forged degrees/diplomas operations,” the lawyer argued.

Model Amna Ilyas Wants Aamir Liaquat To Officiate Her Nikkah Soon
No Band Baja, No Mithaai: This Is The Lockdown Wedding Story Of Ali & Fatima
To Top