Heroism is not limited to age, size, or weight. In fact, heroism is something that empowers one to stand up against their fear and fight for what is right. The same thing happened a few days ago where a six-year-old boy defended his sister from a vicious dog attack by pushing her behind him and getting bitten on his face.

Six-year-old Bridger Walker got about 90 stitches on his face and had to go through immediate surgery in order to save his life. He also mentions that it is his dream to ride in an ambulance; certainly not as a patient but as a lifesaver. In addition, brave Walker also added that if anyone has to die it should be him and not his sister. And wow! It is truly heartwarming to see the love this little boy has for his little sister. Doesn’t it?

Avengers gather to honor Bridger Walker for his heroic act

As soon as the news of this young boy’s bravery spread; many people applauded him for his brave act and heroic stance. Let’s be honest, things like these truly deserve a lot of appreciation and admiration, to say the least. 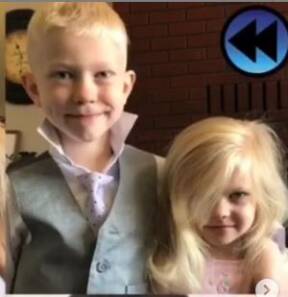 Hence, in this entire chaotic world, it was quite a delight to see celebrities ringing up and talking to Bridger Walker and applauding him for his bravery.

Above all, even the Avengers decided to honor this little boy. From Captain America to Iron man and Thor called the boy and congratulated him for being a brave soul. 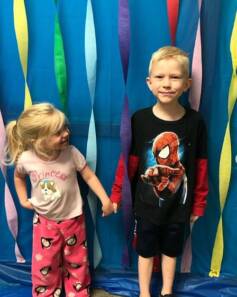 When asked what he was thinking when he pushed his sister behind him to save her he simply replied, “If someone had to die, I thought it should be me”.

Wow! Not only are we impressed by this boy’s love for his family, but we are amazed at the goodness within him. Here is how each superhero honored him.

Chris Evans pledged to send little Bridger Walker a signed Captain America shield as a way to honor him.

Iron man a.ka. Robert Downing Jr. even called Bridger Walker and told him he is a great superhero and that the world is proud of him.

*Plays AC/DC to watch this video.* Thank you to @brandondavisbd for all his help in editing. EDIT: I guess I should mention that we just celebrated Bridger’s birthday not too long ago, so it will be a while before we find out what the surprise is.

If that wasn’t amazing enough, the Norse God Thor, a.k.a Chris Hemsworth face-timed the boy and gave him a shout out for being the bravest and kind-hearted boy in the world.

In addition to that, Tom Holland who is also starring as Spiderman invited this brave little hero on his set. If this isn’t cute; we don’t know what is.

In a world where issues such as COVID-19, hunger, and other such issues have held us captive in their grasp; positive actions such as these, enlighten our hope and allow us to think with a more positive outlook at life.

We are impressed with this boy’s actions and bravery. And we wish him the best of luck for his future endeavours.

FOODPANDA’s Biryani Weekend Is Something You Don’t Wanna Miss!
12-Year-Old Bilawal Highlights Pushtoon Heroes In His First Book
To Top