With the passing time, climate change is drastically affecting everyone and is causing so much damage to the world. However, the recent event of Australia’s deadliest wildfires breaks all the records. The disaster sure highlights the importance of controlling the worsening climate conditions. The horrible scenarios of wildfires have left everyone in tears. It is reported that this bushfire is the worst ever in decades.

Australia Wildfires and its affect on the world!

Moreover, A total of 24 people have died nationwide, and in the state of New South Wales, alone. Although, the saddest part of the story is that, around 1,300 homes have been destroyed. Federal and state authorities are struggling to contain the massive blazes. Even with firefighting assistance from other countries including the United States.

This is the current situation of #AustralianBushfire , about half of the continent is burning… pic.twitter.com/23VGOlyqeP

All this happened because of persistent drought and heat. Many point to climate change as a primary reason, making natural disasters from bad to worse. Moreover, every state of America is burning right now but New South Wales is reported to be the most damaged area.

However, as news goes viral, the internet is loaded with heart-wrenching pictures and videos. These scenes grab the attention of everyone throughout the world.

How much the animals are scared; this image sums up all.

While some are accusing the government,

A Blessing in Disguise

Undoubtedly its one of the biggest tragedies and nearly half a million of the animals have been killed with more than 14.5 million acres forest burned. But fortunately, the rain brought some relief and dropped the temperature but the threat is still there. Well, the officers have warned that blazes will take off once more.

Rescue crew, animals, and people around the world are glowing with happiness as the rain falls in the affected areas,

Happy faces are the prettiest,

Read Also: Top 5 Effects That Global Warming Has On The Earth!

Although, the atmosphere in Australia is still not so pleasant as the dangerous smoke after the rain hurts more than anything. Earlier in December, the smoke was so bad in Sydney that air quality measured 11 times above the hazardous level.

This is not Fog
This is what bushfire does to the most liveable city in the world…#AustralianBushfire #AustralianFires #melbournesmoke pic.twitter.com/GfnZYD9VqC 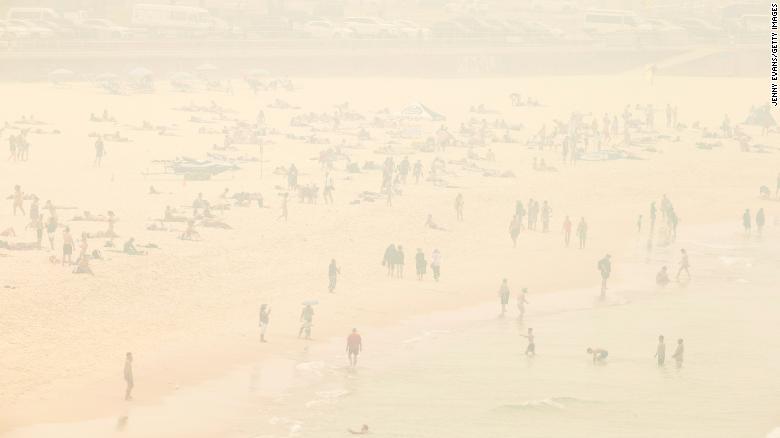 Took these in Auckland city, New Zealand at 3pm today. The smoke from the #AustralianBushfire shrouding everything in orange. pic.twitter.com/tgoRx4I11v

However, on Sunday eve, a warning was issued by the officers stating that temperatures would rise again by Thursday. Furthermore, they said that huge fires in Victoria and New South Wales may meet to produce a giant “mega blaze”.

“There is no such thing as a room for complacency,” NSW state Premier Gladys Berejiklian warned on Monday morning.

“This morning it’s all about restoration, ensuring individuals who have been displaced have someplace protected.”

Right now, Australia is being affected by one of the worst bushfire seasons. Their people and other living species need our help and prayers.

Just pray that it will be under control soon, meanwhile, stay safe!