Just a few days back, Judicial Activism Council Chairman Azhar Siddique filed a petition to ban the Aurat March. He said that the march is against the norms of Islam. Now, the Lahore High Court (LHC) has accepted the petition to ban the movement that calls for women empowerment.

Siddique said that there are various anti-state parties who are funding this March with the purpose of spreading anarchy amongst the masses. The petition also termed the march ‘against the very norms of Islam’. He also said its hidden agenda is to spread ‘anarchy, vulgarity, and hatred’. 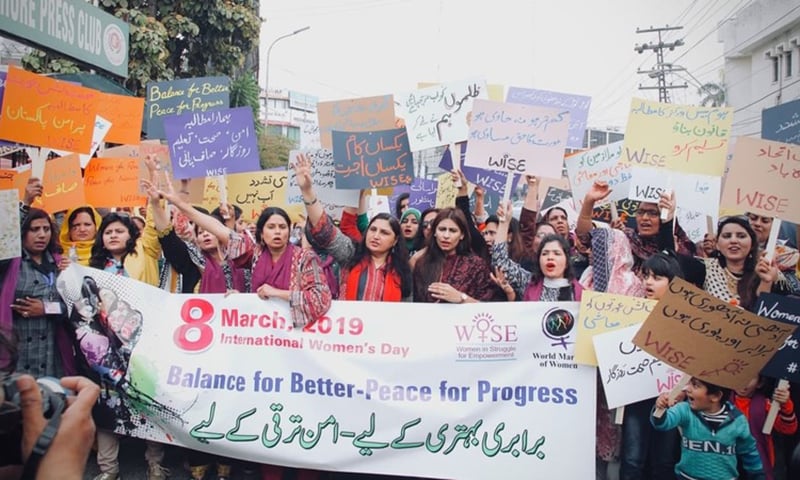 LHC has accepted the petition and accepted to hear the case on 27 February 2020 just a week before Aurat March on Women’s Day [8 March 2020].

However, now the questions arise, is it a right move for the government to suppress the voice of women? We have grassroots feminist efforts working on the question of gender equality. Yet, we still lack providing gender equality to women in our society.

Slogans such as ‘ghar ka kaam, sab ka kaam‘, ‘khud khana garam karo‘ and ‘consent ki tasbeeh roz parhein‘ were seen during Aurat March. The March highlights issues that women face, but with a liberal touch that has not gone well with a lot of people.

When in the real world, women are literally murdered for not making a roti goal enough for the men. In a household where both the husband and wife are working, it is still considered a woman’s duty to do household chores. She is also responsible for taking care of the job and kids and support the family too.

However, at the same time, we cannot neglect the importance of men in society. Demeaning slogans against men were also seen during the protest which is also highly condemnable.

A number of established politicians, religious scholars, and actors also attacked the Aurat March, calling it against Pakistani cultural values. Minister of the National Assembly Aamir Liaquat Hussain requested Prime Minister Imran Khan to run an inquiry to discover the actual actors behind the march and their agenda.

Moreover, we don’t disagree with women seeking equality and equal rights for themselves in this patriarchal society. Still, it can be done with much grace and dignity. What we have seen so far, those blurred lines between freedom and vulgarity have been crossed.

For example, a girl was seen sitting with her legs spread out, with a slogan, ‘Lo Beth Gayi Sahi Se’ is not freedom of speech but a pure obscenity. Slogans such as ‘Akeli Awara Azaad‘ were also considered as misusage of feminism.

Unlike a few, many women do take pride in helping their husbands in finding their socks or cooking for them.

After the attack by women on the Aurat March, some men also came with the idea of raising the gender wars on social media.

A video of a well-known Islamic cleric made the rounds on social media, in which he is visibly furious over a placard at the Aurat March. He threatened women with rape, saying that if they claim a right to their bodies, men can also claim the right to rape women. The video has more than 67,000 views on YouTube.

As of recent, every year, the Aurat March is held on Women’s Day. This year, similar marches have been set-up in different cities mainly Lahore, Islamabad, and Karachi. Thousands of young girls and women will come out and march. Many others will try and smash the patriarchal norms. All will demand a balanced society for all, IF, the government allows them to.