As Aurat March has become a point of argument between people, women in Gujranwala have an opinion of their own. However, their slogans were quite different from the ones we’ve already seen!

After Khalil Ur Rehman, a famous director had bashed Marvi Sarmad, things have gone pretty ugly. Locals have taken social media to be their battle-ground. Let’s not give our verdict on who’s right and who’s wrong, until we know what the problem is.

Nonetheless, protestors in Gujranwala have a different stance on the said notion. Residing in the Islamic Republic of Pakistan, we acknowledge the rules laid by Shariah. Shariah is our first go-to for justice and how we are obliged to spend our lives.

Women in Gujranwala raised their voices, saying that their bodies are not their belongings, but only Allah’s. They argued that they are to submit to Allah’s will and His commandments on their bodies.

According to Quran and Sunnah, a human’s body is belonging to Allah – which was endured on our souls for safekeeping and is to be returned to Allah. 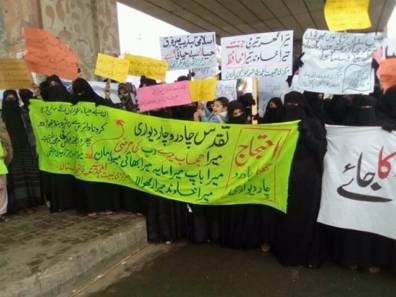 Furthermore, Islam prohibits women from exposing their bodies and has a certain ruling on how they are to dress. Islam defines a sacred manner for each woman to hide their body parts and their hair from unknown men.

However, it is compulsory for every woman to follow these rules.

The rally was lead by Tooba Amir and Syeda Mustafa Nazma Ali, accompanied by Maulana Miyan Muhammad Saleem Shahid. As peaceful, the rally was, it has become the epitome of protests in Pakistan.

What does the slogan really mean?

“My body, my decision”, this slogan has awakened an outcast among the locals who have been fighting with each other day and night to prove each other wrong.

In my opinion, there is no possible outcome of this debate. No one is willing to give up their teachings or their perspectives. However, the locals think there are two ways in which this slogan is being perceived. 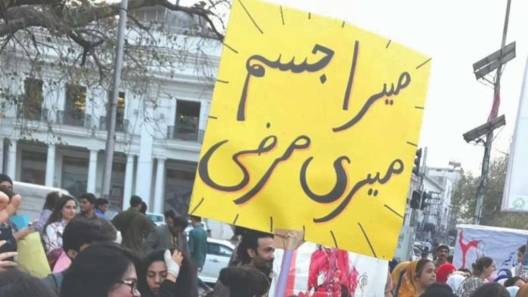 One is that a woman can wear whatever she wishes to wear regardless of how revealing it might be, other being that if it is her body, she has the complete right over who she consents.

Moreover, the correct interpretation of this slogan is that if it’s her body, it’s her consent. The slogan was not derived by the protestors for them to wear any attire they desire, but it was for the rape victims.

I hope that all men understand that women are asking for something bigger than just their need to doll themselves up.

Bangladeshis Protest Against Modi’s Arrival In The Country!
Saudi Arabia Detains King Salman’s Brother And Nephew For Treason!
To Top