While Auj Won Pepsi Battle Of The Bands Season 4, The Legendary Performances Won Our Hearts!

And the longgg journey has finally come to an end!

The long journey which stretched over two months of excitement and fun has finally come to an end. After weeks of intense competition and immense hard work, the battle narrowed down from a total of 9 bands in the beginning to Auj and Aarish. The top 2 bands who became the finalists in the Pepsi Battle of the Bands season 4.

The Pepsi Battle of the Bands came to its enthralling conclusion as the co-host Hina Altaf announced the winners of season 4 : Auj. The Battle of the Bands had immense competition from the start. Like an underdog in Aarish, to the new groovy sounds of Neon or E-Sharp’s majestic tunes this season had it all. In the end, however, one had to be crowned as the winner and it was Auj who had reigned supreme in the biggest battle.

This season had a lot to offer apart from the ever-growing exposure. The winners of the Pepsi Battle of the Bands were to be awarded Rs50 lac, an album contract and lifetime royalties of the original songs performed during the course of the season!

Aarish the band, gave some memorable performances throughout the course of this season. The highlight of which being the magical ”halka halka suroor” rendition which gave the audience goosebumps. The ever-competitive Aarish did prove to be a worthy competitor for the winning band and up until the last moment, no one really knew who would win. For their incredible journey, effort and talent, they took home Rs25 lac and an album contract.

The final episode was nothing short of a spectacle after the entire country had voted to make their favorite band crowned as the winner of the Pepsi Battle of the Bands season 4!. The results were eagerly awaited while our finalists stepped onto the stage and into the battlefield for one last performance on the grand blue stage.

The finale episode kicked off with a mashup duet performance of ‘Dhaltay Rahay’. The song was performed by Pepsi Battle of the Bands season 2 and 3 winners Kashmir and Bayaan. The performance was as immersive as virtual reality and as wholesome as Andre Rieu’s Johann Strauss Orchestra by the 11 men on stage. Which set the mood perfectly for what was to come. 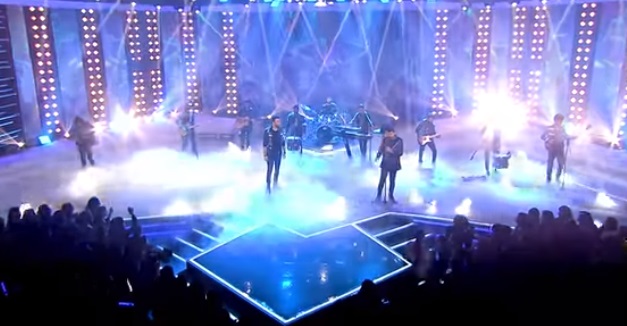 The event grew more in its grandeur as we saw many big names becoming a part of this momentous occasion. Very rarely we have seen such a talent from the Pakistani music industry gathered under one roof. Music heavyweights like Shahi Hasan, Qawwal Fareed Ayaz, and Abu Muhammad. Asad Ahmed and Imran Akhund played the Guitars. Imad Rehman played the Keyboard and electronic percussions.

Salman Rafiq (Fifu) Drums and Percussion and a vocalist/rapper Maria performed a song ‘Jaag Musafir’. All of whom lit up the stage with spoken words, rap, and qawwali composed by Hasan four years ago. A performance which rivaled the Greek composer Yanni’s in terms of its grandiosity and control which undoubtedly elevated the prestige of the stage and was fitting for the season 4 finale.

The finale also had some very heart-touching moments also as we met the families of Aarish the band and we got to know more about them. The band members also took us through their journey going back to Pepsi Battle of the Bands season 2. The video montage displayed how their commitment to music got them this far. Which then led to their final performance on stage of their original song ‘Pukaar’ as it earned them a standing ovation from the judges. This came as a great signing off as it became clear just how good Aarish really is and deservedly belonged in the finals.

Next performance was by Meesha Shafi, who also was a judge in the show. Meesha Shafi performed ‘Leila’ which was as dreamy as Shafi’s costume right which was a piece of art itself. 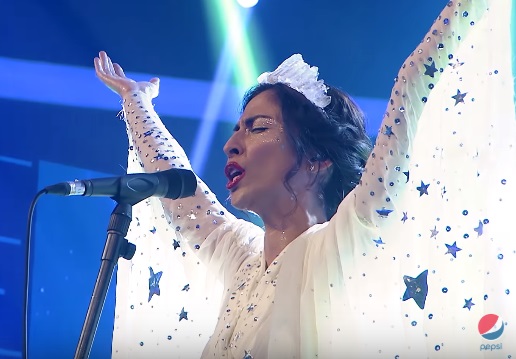 Then we got a glimpse into the lives of Auj’s band members as we talked to their families and got to know more about their lives, stories, and struggles. Followed by a video which showed Auj’s incredible rise. Then they performed one of their originals called ‘Aansu’ which again, earned them a standing ovation by the judges.

The Pepsi Battle of the Bands finale, however, had one last surprise in its bag before announcing the big winners! Of course, we all know that the show is incomplete without Fawad Khan performance! Bringing his old EP gang back including Xulfi, they performed ‘”Jaag Musafir’. Indeed, it took us 10 years back and we totally felt nostalgic! 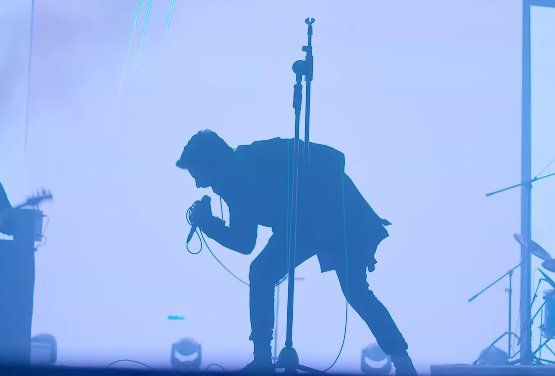 Then the legendary-duo of Bilal Maqsood and Faisal Kapadia performed a new original song called ‘Hum Aaye’.  In what was the episode’s last performance which set the mood for the big reveal perfectly. As the curiosity and tensions rose above the roof! “Hum Aaye” gave the audience and the contestants a much-needed breather. 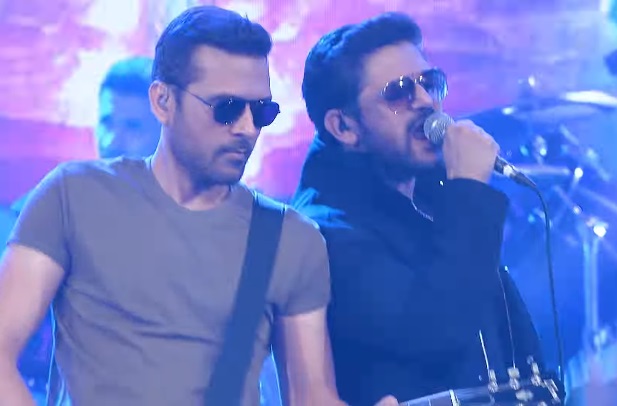 The hosts then called on stage the marketing director of PepsiCo Mr.Saad Munawar to share a few words and award the trophy to the winner. He spoke of the need to produce original music in Pakistan and how Pepsi is serving that purpose. 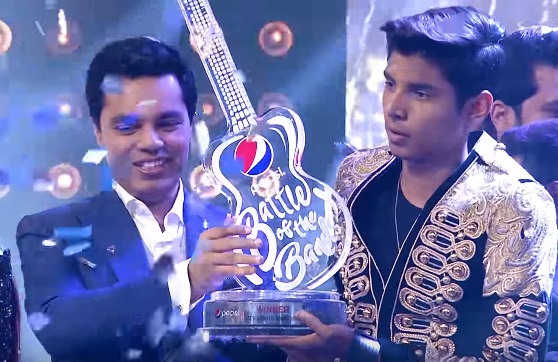 Now, with Auj being crowned the Pepsi Battle of the Bands season 4 winners. They join a prestigious group of only four bands in history who have won this coveted prize. Aaroh, Kashmir, Bayaan and now Auj having cemented their places as winners for an eternity.

You need to check out the finale, you haven’t already!

We hope that this doesn’t stop here because the kind of influence Pepsi Battle of the Bands has had over the music industry and especially the band culture in Pakistan is quite visible as its paving way for original content into the mainstream.

What did you think of Pepsi Battle of the Bands season 4? Let us know in the comments below!

Hamza Ali Abbasi And Naimal Khawar Are Finally Married With ‘Saadgi’ And Aww, They Look Cute!
Pakistan Will Continue With The Kartarpur Project Despite Tensions Between India And Pakistan!
To Top