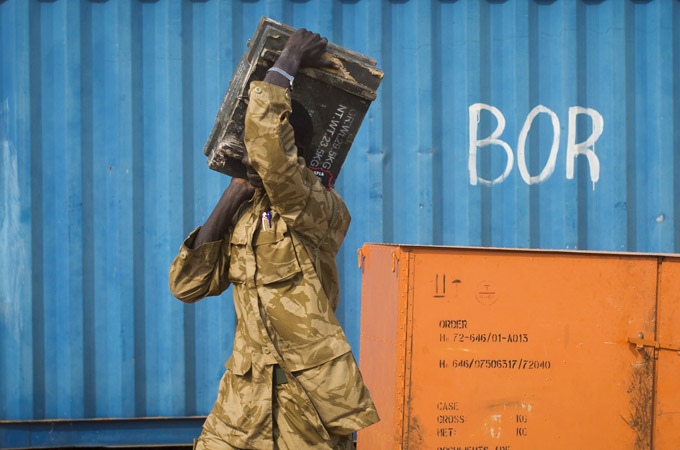 Assault on base that killed 58 people and injured 100 others may “constitute a war crime”, the United Nations says.

The United Nations Security Council has said an attack on a UN base in South Sudan which killed at least 58 people and injured 100 others may “constitute a war crime”.

A mob of armed civilians pretending to be peaceful protesters delivering a petition to the UN had forced their way on to the base sheltering some 5,000 civilians on Thursday and opened fire.

Expressing its “outrage” over the attack on Friday, the UN demanded the South Sudan government do more to prevent future attacks against civilians.

We will do everything necessary to protect the lives of people in our protection, including the use of lethal force

“The members of the Security Council condemned in the strongest terms these acts and underscored that attacks on civilians and UN peacekeepers may constitute a war crime,” said in a statement adopted unanimously by all Security Council members.

“The members of the Security Council called on the government of South Sudan to immediately take steps to ensure the safety of all civilians and UNMISS Protection of Civilian sites in South Sudan, to swiftly investigate
these incidents, and to bring the perpetrators of these egregious acts to justice.”

Responding to the Bor attack, South Sudan’s government signalled that its relations with the UN were deteriorating – accusing peacekeepers of provoking demonstrators and sheltering rebel supporters.

“The UNMISS force shot bullets on air. Their shooting of bullets on air provoked the situation,” Information Minister Michael Makuei Lueth told reporters, saying the youths were only going to the base to protest against displaced persons who were celebrating recent rebel advances.

But Toby Lanzer, a UN official, praised peacekeepers from India, Nepal and South Korea for preventing what could have been a massacre of up to 5,000 people, and vowed the world body would use “lethal force” again to protect civilians under their protection.

“We will do everything necessary to protect the lives of people in our protection, including the use of lethal force,” Lanzer told the AFP news agency.

The conflict in South Sudan, which only won independence from Sudan in 2011 and is the world’s youngest nation, has left thousands dead and forced around a million people to flee their homes.

The fighting has been marked by reports and allegations of atrocities by both sides, with ethnic massacres, child soldier recruitment and patients raped and murdered in hospitals by attacking forces.