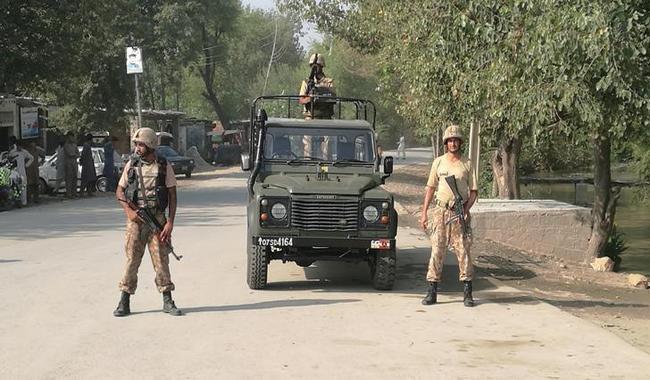 The Pakistan Security Forces have killed four suicide bombers who tried to attack a Christian Colony near Warsak Dam. The attack was claimed by TTP, Jamat ul Ahrar Faction. In the attack a security guard was also killed. The attackers wearing suicide vests were also carrying firearms. Prompt response of Pakistani LEAs, backed by army helicopters, made sure no significant loss of life occurred.

Security has been tightened around Pakistan and specially in places belonging to most vulnerable Pakistanis. Today’s action by QRF is another example of Pakistani state’s will to eradicate the dying menace of terrorism once and for all and destroy the enemy’s nefarious designs of destabilizing Pakistan.

The Theory Of Evolution Was Found By A Muslim Scholar Not Darwin
Dear Relatives! It Is My Choice To Choose Medical Or Commerce, Please Sit Calm!
To Top