Attack in Nice, France – An Act of ISIS? 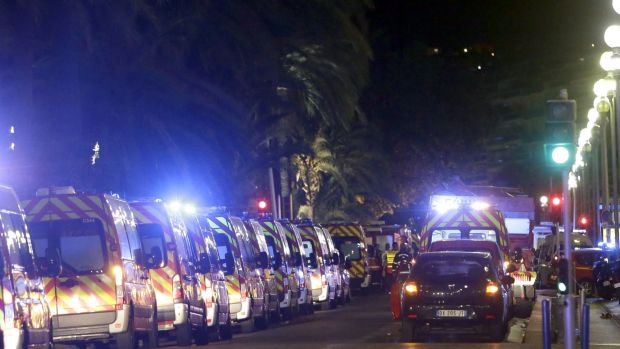 Whenever an attack breaks the world, it is linked with ISIS and countries start linking the organizations with Islam. But do these people see that ISIS kills more Muslims than non-Muslims?

As much as we know how peaceful our religion is, ISIS uses the name of Islam to kill millions of poor, innocent souls and the events continue to take place. On Thursday night, joyous souls in France were killed by an unknown killer who has not yet been identified.

So what really happened?

France celebrates Bastille Day on 14th July and this day is said to be the most celebrated national holiday in France. While the crowd was said to be enjoying the display of fireworks, a truck driver drove his truck at a zigzag pattern (at 50km/h) over people and started hitting like they are bowling pins. 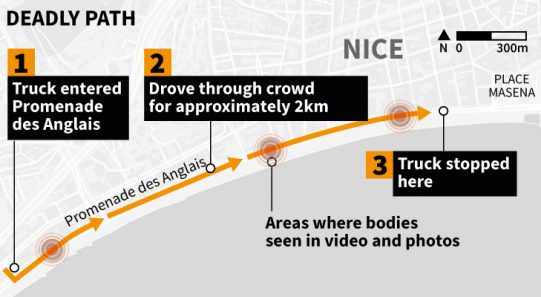 The authorities also claim that the driver was firing into the crowd, causing the fear-stricken citizens to lose their balance in the Promenade de Anglais.

So was it really done by ISIS?

While the mayor of France claims the attack was executed by Islamic authorities, the authorities claim to find an identification card that belonged to a 31 year old Tunisian born man who was living in Nice. It is said the driver, according to the card had French-Tunisian dual nationality.

The rented truck was filled with fake weapons and grenades as well.

On the other hand, ISIS unofficial accounts are Twitter are said to be supporting this brutal act of violence, which gives more of the reasons to believe this act was carried out by the organization that claims to kill innocent people in the name of Islam.

An ISIS supporter sent out a tweet, claiming that this attack is a retaliation and revenge for killing the Georgian Chechen ISIS commander, Abu Omar al-Shishani – but is this account even real or not?

While Muslims from all around the world are suffered due to the brutal acts of ISIS, we bleed with the entire world during the act of innocent killings. Muslims are being victimized more – we feel the pain of France.

Here’s How You Can Win Samsung S6 Edge by Ordering Food From Your Favourite Restaurant!
How The Holy Quran Proved Modern Science 1400 Years Ago
To Top