Atif Aslam Gave A Tribute To Junaid Jamshed And People Are Not Happy!

The entire nation was touched when we lost the legendary singer-turned-Muslim-scholar Junaid Jamshed in the ill-fated PIA plane crash. While Junaid Jamshed left his music career and embraced a whole new path in his life, fans still enjoyed listening to the music he produced with Vital Signs.

Tributes from all around the world are recently dedicated to Junaid Jamshed. From Dil Dil Pakistan to Aitebar, fans cannot control their sorrow when it comes to the icon this nation has lost. Junaid Jamshed was an important piece in the music industry of Pakistan. Singers looked up to him as an inspiration when it came to the records Junaid Jamshed recorded.

Recently, Atif Aslam gave a tribute to Junaid Jamshed during his concert in Lahore. After singing his famous tracks, Atif decided to sing Aitebar with the crowd in the memory of Junaid Jamshed. 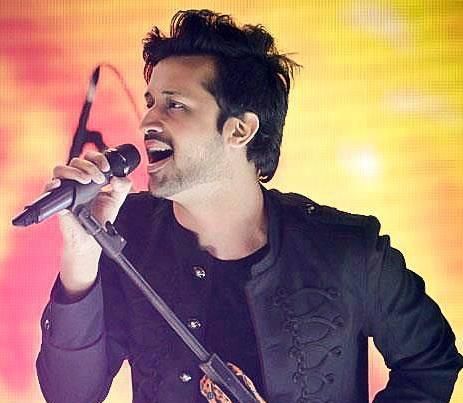 Atif Aslam has made a really good name for himself when it comes to covering tracks of legends. From covering Reshma’s Lambi Judaai to Nusrat Fateh Ali Khan‘s Tu Mera Dil Tu Meri Jaan, Atif has always done justice to the covers. However, seems like he failed himself while covering Junaid Jamshed’s Aitebar.

The entire rhythm and the tone of the song were changed to an extent that the fans couldn’t keep up singing with him. There were additional drum rolls, change in the chorus and what not. And yes, people were furious with his cover in their own ways.

The Usual Verdict After Listening To The Song

Not The First Person Saying This

Music is prohibited in Islam and this is what Junaid Jamshed preached as well. He left his singing career at its peak to set himself on the path of Allah. It is said that when a person passes away, we should remember good things about him. Music, as an element that is prohibited, is certainly not something to remember someone with.

That Is What He Preached Till The End

He Disliked The Tribute So Much…

This Guy Added A Valuable Point As Well

Junaid Jamshed was a gem of Pakistan. His both shades played an important role in different ways. People have their own ways of remembering someone. There are many people who still look up to him – may it when he was a singer or may it be how he changed his path for His Righteousness.

May his soul rest in peace, Ameen.