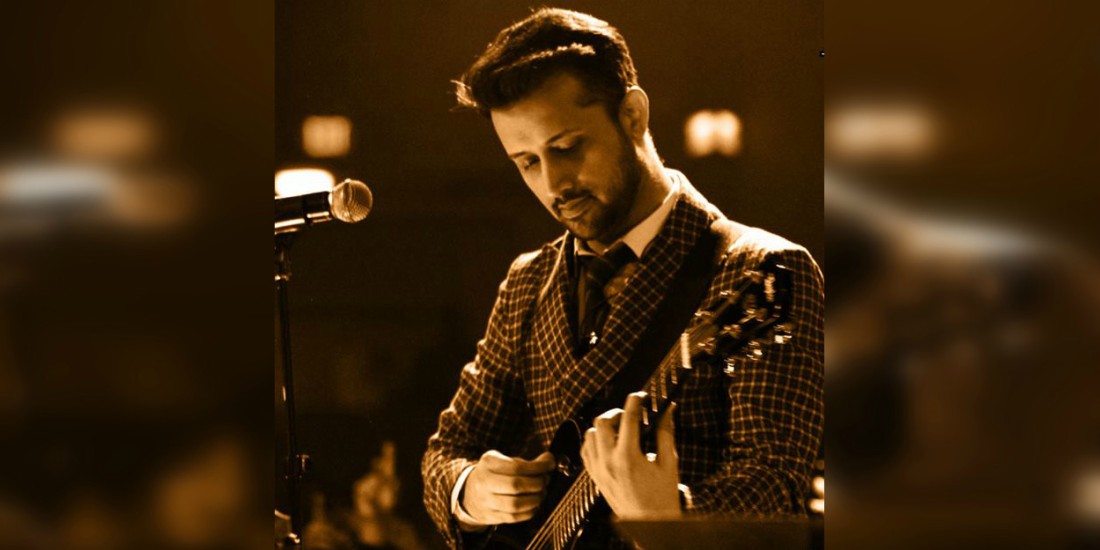 Pakistani Rock Star Singer Atif Aslam gave another hit and latest song “Jab Koi Baat” become one of the most played songs on YouTube Right now. The man with the magical voice Atif Aslam is undoubtedly the biggest rock star.

Atif Aslam at the age of 34 has become a world best pop star, selling millions of records. Atif Aslam’s love songs remain popular not only in Pakistan also all over the sub-continent. Atif Aslam has been winning hearts in Pakistan, India and even all around the world. He has a huge fan following.

Despite facing a lot of criticism from a political party of India, last year BJP opposed nominations of Pakistani Artists in the Film Fare awards. “Relations with Pakistan have deteriorated to such an extent…… Given the current crisis, I don’t think we can have Pakistani Artist come here,” Said BJP Spokesperson Shaina NC.

Atif Aslam is the one in bringing Pakistan into the International arena, after making dozens of super hit Bollywood songs. And he is back with a remake of Bollywood classical Song “ Jab Koi Baat Bigad Jaye” which was picturized on Actor Vinod Khanna Film “ Jurm”.

Atif Aslam has sung the song with Bollywood singer Shirley Setia. The song picturized in Thailand, Not only the fans of Atif Aslam even other also loving this song. The music video Released on 6th February 2018 and till today more than 10 million people viewed on YouTube.

As Valentines’s Day is near Atif Aslam news song currently trending at number 1 on social media.The video revolves around Atif Aslam, and Setia making the plan to make a most special day for bride and groom. Even knowing that the original version of Jab Koi Baat is the most hit song of all the time.

Priya Prakash Varrier Finally Shares How She Feels About Becoming a Social Media Sensation Overnight
Are You Depressed? Here Are Some Common Misconceptions About Depression
To Top