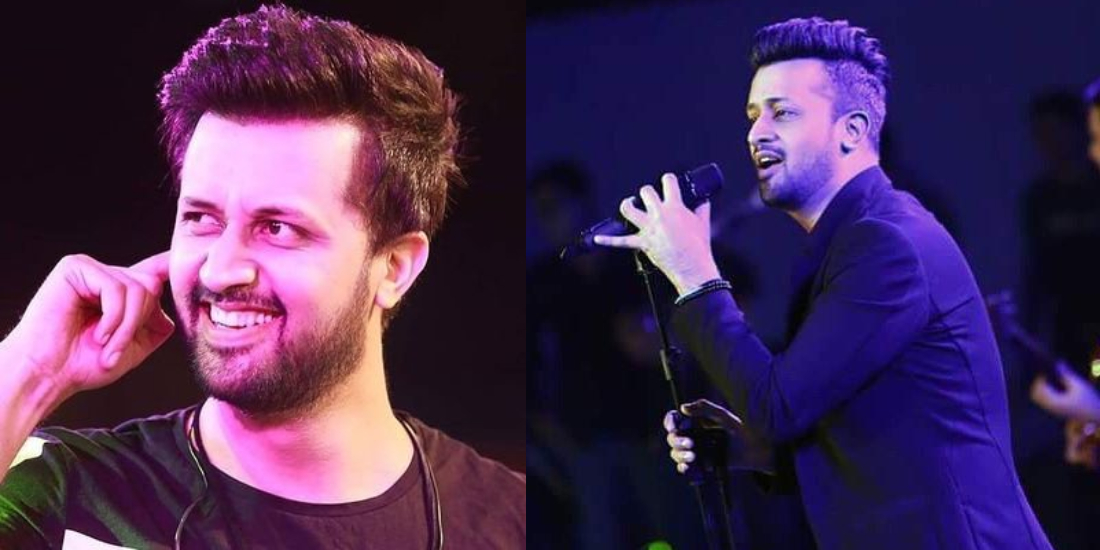 Since the start of August, Pakistanis are habitual listening to all the mili-naghmay! Also, when you go out in the city the streets and roads the places are bleeding green. All the old patriotic song from Dil Dil Pakistan to Ae Watan K Sajeelay Jawano. From kids to grandparents, everyone seems super excited and supercharged for the day of 14th August. The day Pakistan got independence and a separate homeland.

So, the whole point of celebrating the Independence is to cherish the ideology upon which this homeland has made. Well, like any celebration, this joyous day is celebrated to it’s fullest. So no matter on which piece of land you live in but people would still celebrate their independence day.

People living in the U.S made their little effort and had their Pakistan Independence day parade in which Atif Aslam was to sing. After all, Atif is everyone’s favorite.

Here’s the clip after his concert. People are crazy about him!!

But according to Ary News, the very favorite singer sang an Indian song at the Pakistan Independence Parade. And people were angry!

It is well known that Pakistani singer #AtifAslam has some major fan following in India and has also sung many songs for Bollywood movies. However, the singing sensation has recently come under fire for singing a Bollywood song during #Pakistan #IndependenceDayParade in #NewYork. – #ARYnews

A post shared by DIVA Magazine Pakistan (@divamagazinepakistan) on Aug 7, 2018 at 9:33am PDT

Surprisingly, just after the news was spread over the internet that people were not happy with Atif singing an Indian song in the concert. People from all over New York (the ones who attended the concert) and people from Pakistan, were pretty okay with him singing “his own” song. In fact, they loved it!

They sure need to grow up

If people were really angry over Atif, why would all of them run to him to greet him with all the love? Confusing! Let’s just call off these rumors. Atif is doing his work greatly. Let’s learn to appreciate. It was an event of celebration, people celebrated and are happy! Get over it.

The Bollywood Actor Imran Khan got mistaken for our Prime Minister and It’s Absolutely Hilarious
This Indian Guy’s Interpretation Of ‘Naya Pakistan’ Is Offending Many People!
To Top