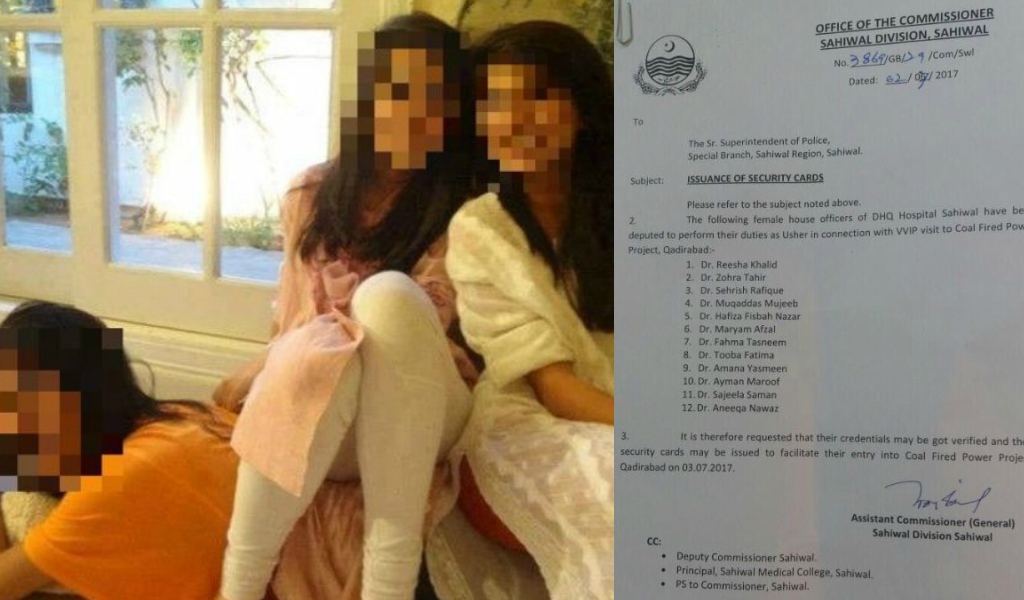 On 1st July 2017, an incident took place at a female doctors’ hostel in Sahiwal which involved Assistant Commissioner, Sahiwal, breaking into the girls’ hostel to try and force the doctors to act as ushers for a VVIP’s  visit to a coal field power project in Qadarabad.

In a complaint letter which was signed by the Female house officers and Dr. Ghazanfar Bukhari, the unethical incident was addressed to the principal of the Sahiwal Medical College. They claimed that Assistant Commissioner, Ayub Bukhari along with DMS Dr. Akhtar Raza entered the girls’ hostel around 8:30 PM. The doctors also said whatever happened, was against the lawful rules and medical ethics. 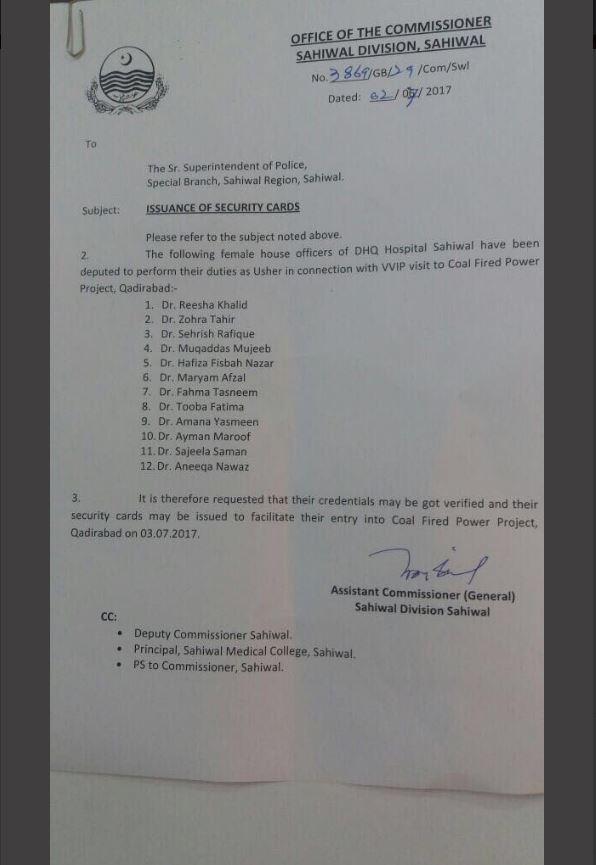 The letter also stated that DMS Dr. Raza and Assistant Commissioner did not approach any HOD’s to get permission prior to them barging in the girls’ hostel and that they went against the norms and customs of service of this country. 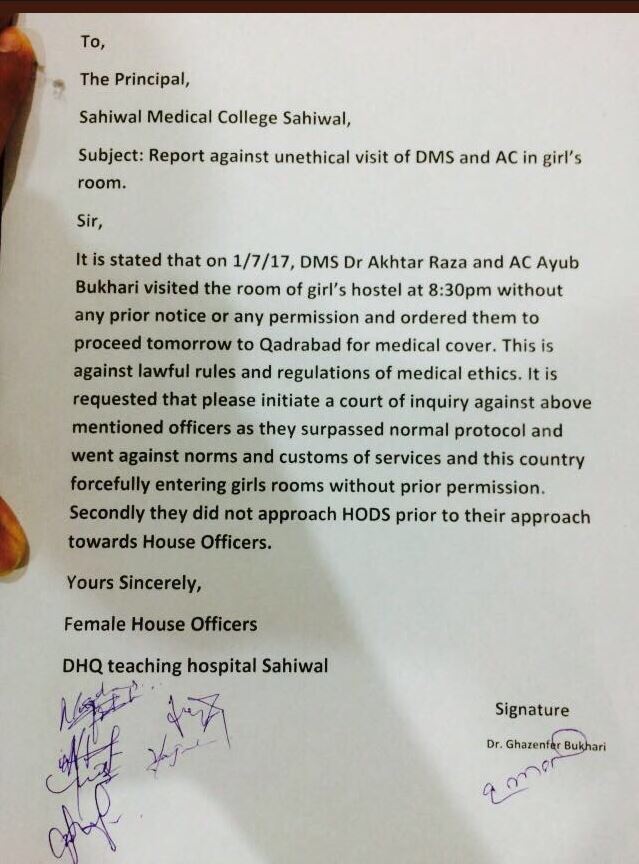 After a day they had allegedly barged into the girls’ hostel, a notification was sent by Assistant Commissioner’s office dated – 2nd July 2017. The letter had names of the 12 female doctors which were to be called upon to perform their duties as ushers to serve the VVIP’s who were to visit the Coal Power Project in Qadarabad.

Not only this, but the Assistant Commissioner also approached them in a manner by ordering and forcing them to fulfill their demands, to which the doctors would’ve protested against. A physician also stated how three men barged into her room against her will. They then took her seat and jotted down all the house officers who would play their roles as ushers during the VVIP’s visit. 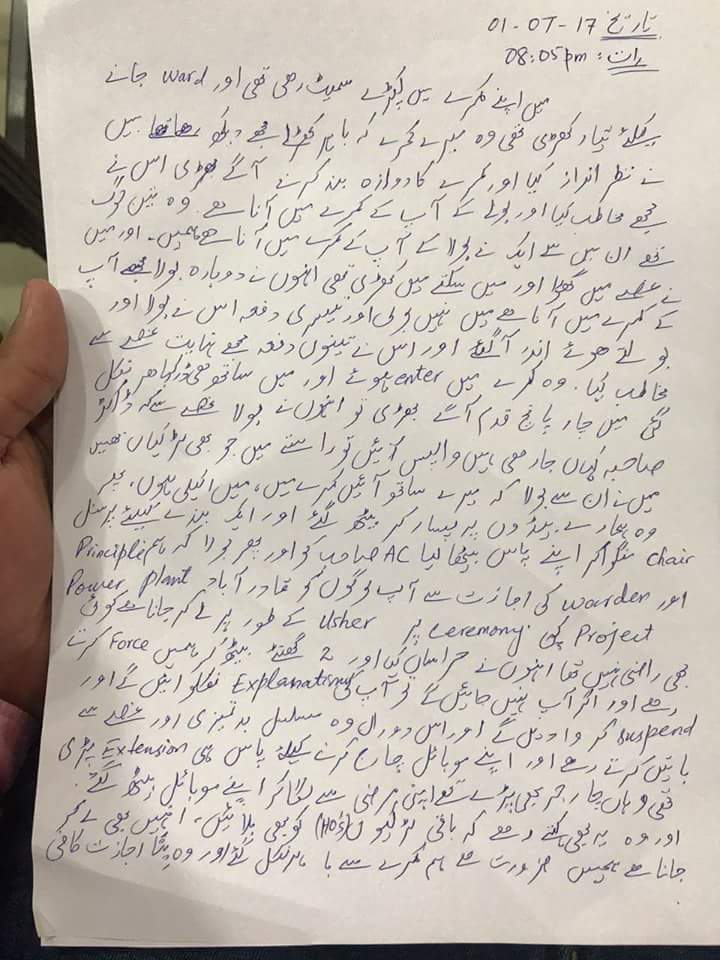 Now, the matter of concern here is that, how is it fair for a doctor to perform such needless duties in a city where there is already a scarcity of doctors? This is truly appalling and downright unethical in every way.

What are your thoughts on this?