3 Aspects That Make Marriage Invalid According to Islam

Marriage is one of the most discussed subjects in the light of Islam and Quran. The life of Prophet Muhammad (SAWW) is a complete example of how marriages should be – code of conduct, how a wife should treat her husband and vice versa is described in detail under the light of Quran and Sunnah.

Given the importance of marriage, there are a few things that make marriage invalid and Muslims need to address the matters. A number of these factors are conducted in different parts of the world without people knowing that they no longer validate the marriage.

1. Marriage Without the Consent of a Wali

“There is no marriage except with a guardian and two trustworthy witnesses.” [At-Tirmithi and Abu Daawood]. The Prophet,

There are four very important things when it comes to a marriage:

The presence and the consent of the bride’s legal guardian mark the crucial presence in the wedding and if this is not present, the marriage is invalid. 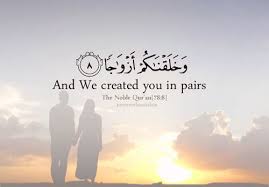 The Guardian, however, must be male.

He should be male, as the Prophet (peace and blessings of Allaah be upon him) said: “No woman may conduct the marriage contract of another woman, and no woman can conduct the marriage contract on behalf of her own self, because the zaaniyah (fornicatress, adulteress) is the one who arranges things on her own behalf.” (Reported by Ibn Maajah, 1782; see also Saheeh al-Jaami’, 7298)

2. Marriage Without the Consent of the Bride

According to Maliki Scholar, “The contracts in which the condition of choice is required before conducting them, such as the case when a man or a woman is married off without his or her consent and they find out about it afterward, then he or she has the choice to accept the contract or reject it. If they reject it, then it is annulled without a divorce because there was no marriage in the first place…” [Mawaahib Al-Jaleel]

Even in general thoughts, the marriage without the consent of the bride is considered invalid and non-binding. This raises concerns about the many forced marriages that are still conducted in the different parts of the world, in form of vatta Satta, Vanni and more.

The marriage conducted without the consent of the bride is not regarded as a marriage.

Prophet (peace and blessings of Allaah be upon him) said: “No previously-married woman (widow or divorcee) may be married until she has been asked about her wishes (i.e., she should state clearly her wishes), and no virgin should be married until her permission has been asked (i.e., until she has agreed either in words or by remaining silent).” They asked, “O Messenger of Allaah, how is her permission given (because she will feel very shy)?” He said: “By her silence.” (Reported by al-Bukhari, 4741)

“Your wives are a tilth for you, so go to your tilth (Have sexual relations with your wives in any manner as long as it is in the vagina and not in the anus), when or how you will, and send (good deeds, or ask Allaah to bestow upon you pious offspring) for your own selves beforehand. And fear Allaah, and know that you are to meet Him (in the Hereafter), and give good tidings to the believers (O Muhammad).” [al-Baqarah 2:223]

In another aspect, it has been stated by Khuzaymah ibn Thaabit (may Allaah be pleased with him) that the Messenger of Allaah (peace and blessings of Allaah be upon him) said: “Allah is not too shy to tell you the truth: do not have intercourse with your wives in the anus.” (Narrated by Imaam Ahmad, 5/213; a Hasan hadeeth).

It is, however, allowed to stimulate and caress the area around the anus, as long as the couple does not perform intercourse.