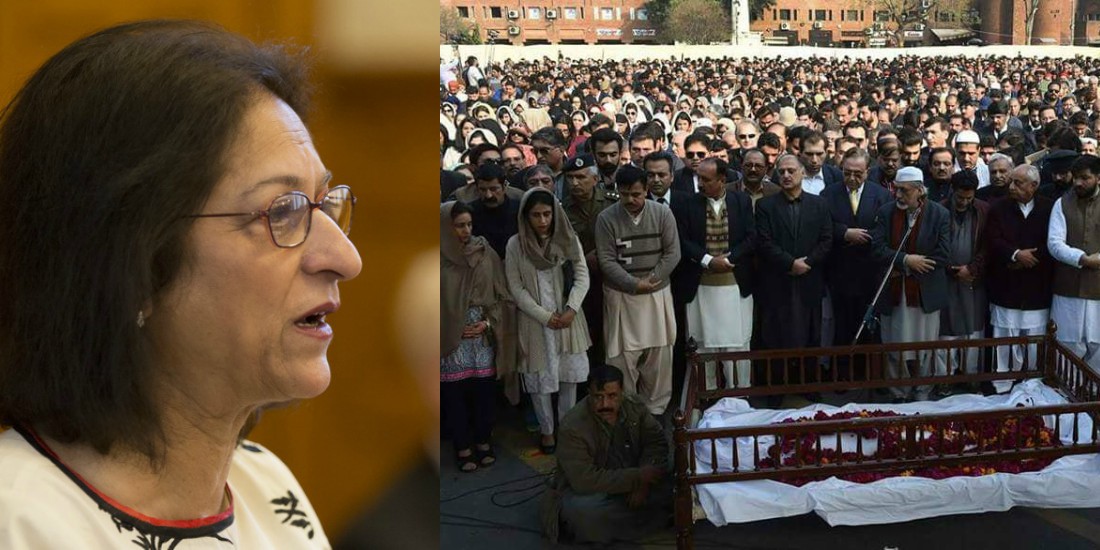 On 11th of February, Asma Jahangir, a prominent lawyer and human rights activist passed away. Asma served as the United Nations Special Rapporteur on Freedom of Religion or Belief. She also co-founded and chaired human rights commission in Pakistan. Asma was known for her prominent role in Lawyers’ Movement. Not just that but she was also the former President of the Supreme Court Bar Association of Pakistan. Asma was widely loved by all in Pakistan and her death was a big shock to people of not just in Pakistan but all around the world.

Asma had the personality of a Pheonix who every time, you put them down, would rise from ashes and come out as a winner. Asma died of a cardiac arrest. Her funeral was held at Gaddafi Stadium, Lahore which was attended by hundreds of men and women of all religion, cast, and creed! However, the internet had mixed reactions to it. Asma, all her life worked for breaking stereotypes and even on the day she died, people continued her work. But some people had an objection about Muslim and Non-Muslim women attending the namaz-e-janaza of Asma Jahangir.

Today a strange thing I have seen first time in life that in Asma jehangir’s funeral ladies were standing in first row and a large number of ladies offered funeral prayers after second row including Christian nun who was standing there .can anyone guide me that is it allowed in Islam? Coz namaz I janaza imam was farooq modoudi son of Maulana modoudi and chairman senate, Qamar Kaira , aitzaz ahsan n pervez Rashid , khurshid Qasuri, najam Sethi, jugnu Mohsin Najam Sethis wife , jahanara wattoo daughter of Manzoor wattoo n many other actor ladies alongwith senior justices of Lahore high court attended this.you can see this in these pics and videos of funeral. Pervez rashid said on this occasion that it should have been given status of state funeral.

But there are other people… Remembering Asma and her bravery

#AsmaJahangir – Women & men all gathered to say her funeral prayer. Last subversive act. May she rest in power. pic.twitter.com/W7upoUPedY

#AsmaJahangir's daughters, Sulema and Munizae, in the front row of the funeral lineup. Prayers were led by Farooq Maududi. pic.twitter.com/S3VGMimVrv

Punjab Govt. Paid tribute to her

People from across the borders remembered her bravery and courageousness

An extraordinary woman who fought for ordinary people. Asmaji had the audacity and the courage to fight for a fairer world. Thank you for touching our lives. 🙏🙏🙏 pic.twitter.com/wML94XmtcI

Asma was a true example of how you stand for your ideas and beliefs, firmly, even if the whole world turns its face. It’s high time that people should realize what message she left us and all the work of her life shouldn’t go in vain. On one occasion, her daughter said that all her life, she worked for others but never for herself.

Read Also: Here’s How Bollywood Celebrities Are Mourning The Death Of Asma Jahangir In An Honorable Manner!