Asma Abbas Revealed That She Married A Man & His First Wife Didn't Know!

Asma Abbas who is known for her impressive acting and diverse roles on Urdu television just went viral for an old interview where she mentioned how she got married to her husband.

The interview began with the host asking about her married life. Asma went on to say that the man who she has been with for about ten years was married at the time their love life started. The sudden revelation has caused confusion among social media where people stated the issue to be controversial. Many mentioned that the way Asma addressed it in the interview appears to be ‘normalizing’ the concept of cheating. 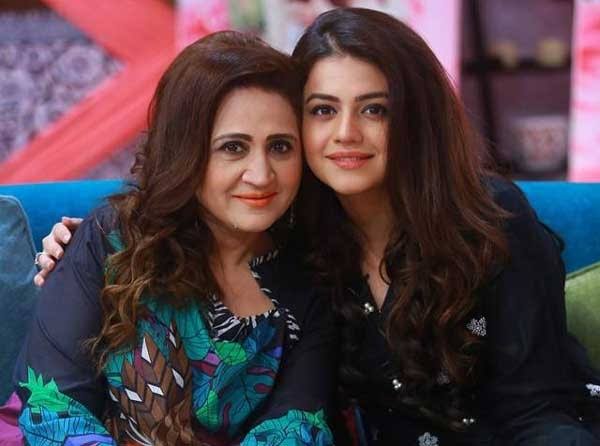 Basically, to go into the details, Asma said that the man didn’t have any kids before. And there was pressure from his family in this regard. Considering that he used to belong to a feudal background, his family wanted him to have children. He was also madly in love with his previous wife. Asma informed, “He used to tell his wife, “If I was reborn ten times, I would still marry you” but then she added, “He laid his eyes upon me one day and he changed as men do.”

She mentioned it to be a sudden change because just four days before he met her, he was talking about how much he cherished his previous wife. After meeting Asma, he immediately fell in love with her and so did she. They didn’t waste any time and got married in the span of two months from their initial meeting.

At that time, Asma was 23-years old and performing at the Al Hamra theatre. “I was fascinated by him. He knows how to word things beautifully. There was a craze for Army officers at that time. I loved seeing him in his uniform.”

Did Her Husband Cheat On His First Wife?

Though, the interview kept going fine and well. Suddenly, Asma said that his first wife didn’t know that he was planning on marrying Asma. His wife was out of the country during the time. When she got to know that her husband was remarrying without her permission, she was hurt.

However, Asma said that she wanted to settle it all peacefully. She made sure her husband’s first wife received a greater degree of respect as always. Even after the mess, Asma informed that the first wife became a great friend of hers. It came to the point that she would give gifts to Asma or teach her how to sew. Asma believed that his wife would have to move on because Asma loved him just as much as her.

The interview concluded smoothly but it did leave a bitter taste in the audience’s mouth. Social media users didn’t waste time in pointing out the fact that Asma was glorifying cheating. The idea of home-wrecking and telling the tale as if it were normal ran a wave of fury in many people. And, now, it’s for sure that she will keep receiving backlash for her past doings.

What do you think of the situation? Is it understandable for people to be upset over Asma Abbas for laying her hands on a married man? Share your thought using the links below.