Pakistani singer Asim Azhar has shown a kind gesture by helping a middle-class family in the treatment of their grandmother. The old woman is suffering from cancer and her family was seeking financial support from the people.

Osama Ahmed, a young resident from Karachi, tweeted with a plea for help. He was crowdsourcing funds for his grandmother’s cancer treatment. He also asked people to contact him for any kind of information they needed in this regard. The tweet got several retweets and soon singer Asim Azhar came to his help. 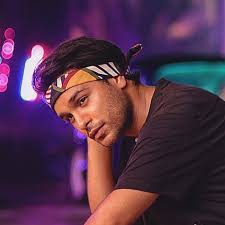 Osama said he was always a fan of the singer but Azhar’s gesture made him respect the performer even more. Azhar gave Osama his personal phone number and upon a bit of inquiry and knowing about the financial needs of the family, the singer helped Osama with the treatment of his grandmother.

JazakAllah Asim bhai, thank you so much for all the support and belief, I am simply out of words right now. https://t.co/9wxVfWV7Bu

Later, after getting help from Azhar, Osama also deleted the tweet where he was seeking financial aid from the public.

I HAVE RECEIVED THE DONATION, COURTESY OF @AsimAzharr

While talking to a local tabloid, Osama said his relationship with his grandmother was strained and they had not met for a while. However, his mother and aunt decided to pay her a visit only to find that her health was deteriorating quite fast. They immediately took her to a hospital and her diagnosis was scary: a throat cancer.

They were not prepared financially for this uncertain situation hence was seeking public support. He and his entire family are very thankful to the Pakistani singer for helping them.

A few months back, Azhar bought a dream car for her mother. He shared the big news on his Twitter too which also grabbed a lot of criticisms. Azhar was also in the news recently after actress Hania Amir denied dating him. However, the singer is never bothered by the social media backlash. Well, if he is putting the right use of his money and fame then all these criticisms don’t even matter.