Pakistani power couple Yasir Hussain and Iqra Aziz have been constantly sharing a glimpse of their married life with their fans on Instagram. The couple doesn’t shy away from the media or fans who also troll them for various reasons.

However, this time while sharing one of the intimate pictures, Yasir also gave fans hint about another prospective wedding. Yes, we are talking about Yasir’s close friend and singer Asim Azhar.

Asim has been dating actress Hania Aamir for quite a while now. Though the couple never made an official statement about their relationship they keep sharing their ‘in-love’ pictures and made several public appearances together. Their romantic ramp walk also made headlines last year.

Asim recently commented on Yasir-Iqra’s recent picture and wish them lots of love. But, Yasir’s witty response was more interesting. 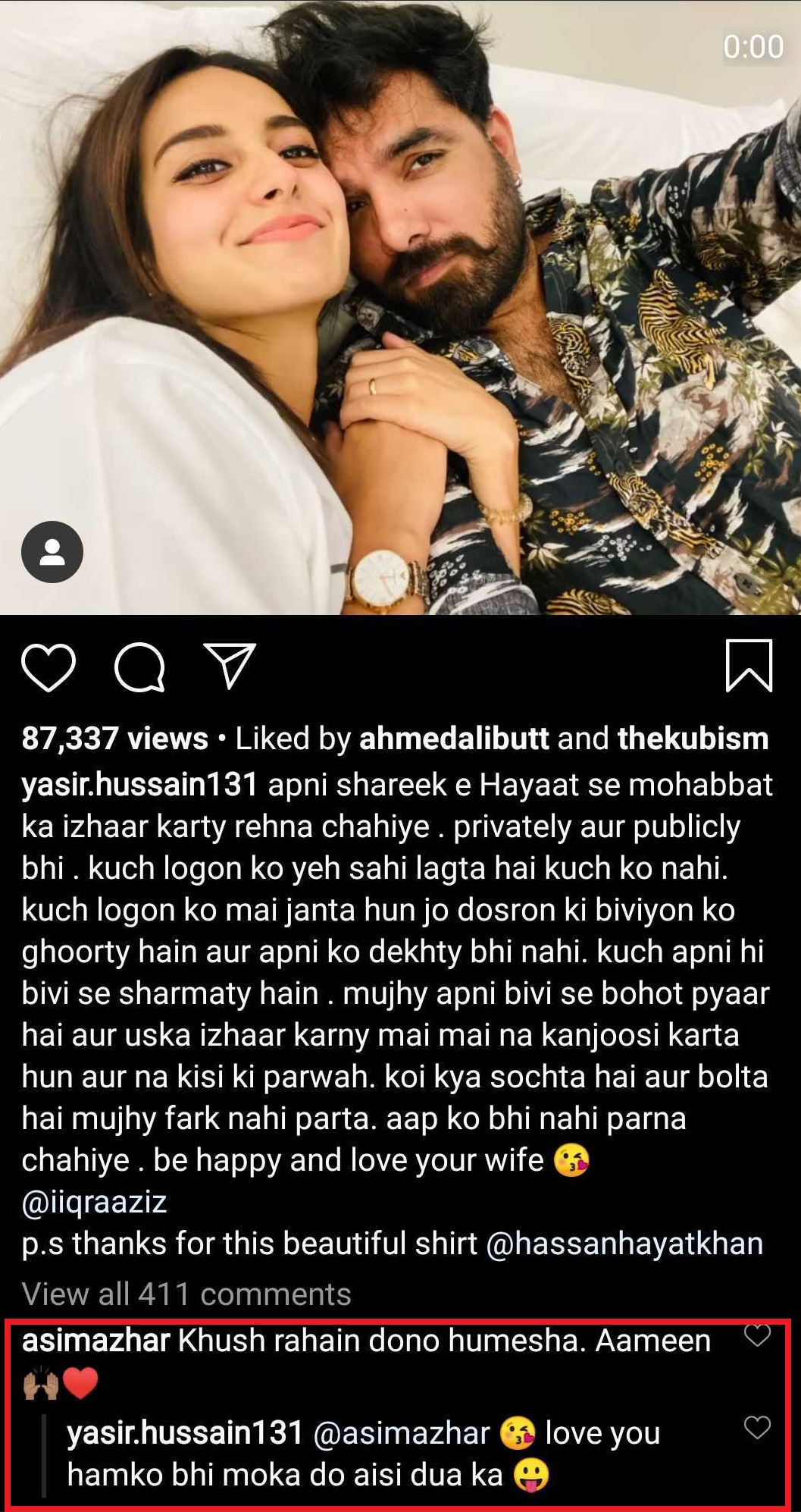 Earlier, when Hania was asked about her wedding with Asim in a live session on Instagram, she avoided the question using her charm and wit.

Singer Aima Baig who was also part of the live session sensed her discomfort and urged fans to not ask personal questions. “See, hear it for yourselves. She doesn’t want to, they don’t want to (get married), they’re kids right now. We’re kids! Stop asking the same question,” Hania said.

Well, the couple looks great together and we are eagerly waiting for them to get married.