Asim Azhar stands as one of Pakistan’s most prominent singers right now. Starting off as a prodigy musician in Pakistan, Asim has always had a huge fan base in the country.

Asim Azhar’s most famous song, ‘Jo Tu Na Mila’, has done wonders for his career. Reaching the milestone of 100 million views, Asim stands as one of very few singers who have achieved these figures. In addition, Asim’s latest track has also gone viral. 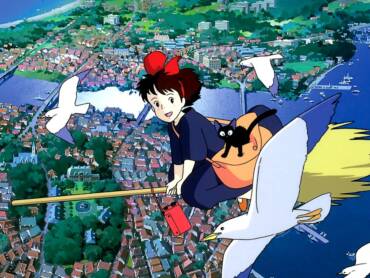 Now, Asim Azhar is being accused of plagiarizing the music of his most famous track. Social media users were quick in calling Asim Azhar out for his song Jo Tu Na Mila. Subsequently, the music of the song gives uncanny resemblance to the music of a Japanese movie known as “A Town With An Ocean View”. The music in terms was produced by Studio Ghibli’s Kiki Delivery Service.

And here’s the Studio Ghibli version of the same music

One social media user wrote: “Does anyone from Studio Ghibli’s Kiki’s Delivery Service know that Asim Azhar has plagiarised the OST to make a song? Credits go to Dua Khan for making this discovery.”

#StudioGhibli guys the song "Jo Tu Na Mila" by Asim Azhar has blatantly copied the melody from Joe Hisaishi's "A Town With An Ocean View" from the 1989 Studio Ghibli movie Kiki's Delivery Service. GET THE WORD OUT, THIS IS #PLAGIARISM !!!!

However, it is pertinent to mention here that the song was not released by a Pakistani label. Instead, as mentioned under his Youtube video, the music is licensed by UMG (on behalf of Universal Music India Pvt Ltd.).

Thus, surely, UMG sought all legal attempts of acquiring rights for the sample used from studio Ghibli. One thing, however, is for sure. That both Asim’s song and the music from the movie have a lot in common. Ever since the song was produced in 1989, and Asim is a contemporary artist, a remake using the music is also nothing very alarming.

Asim Azhar has been accused of plagiarizing the soundtrack of the Japanese Studio Ghibli's movie Kiki's Delivery Service for his hit song "Jo Tu Na Mila". 😂😂😂

Moreover, people always do find something to talk about. People on social media continue to highlight this issue today. Asim Azhar is doing a fantastic job with his music, and most probably will continue to do so. Asim Azhar was praised by fans recently after he bought his mother her dream car.