Singer-turned actor Asim Azhar takes it to social media and asks the mental health advocates to practice what they preach. Ever since the tragic demise of Sushant Singh Rajput, many discussions were circulating on social media regarding mental health. Many public figures also shared their two cents on the matter. 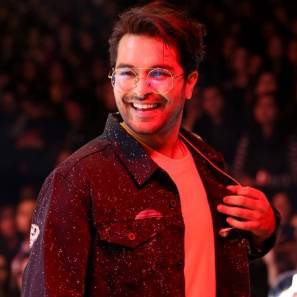 In addition to this, the suicide of the Bollywood actor raised a lot of mental health awareness. People started speaking up about their mental well being. Mental health issues do not spare anyone. Be it fame or fortune, neither of these shields the celebrities from the deteriorating effects of psychological issues. We know this because Sushant’s unfortunate and unexpected death is proof of this.

Asim Azhar took the matter of mental health to Twitter

Apart from this, we have all seen people sharing posts on social media, lending an ear to people who face mental health issues. Posts saying, “If you are going through anything, know that I am here to listen to all your problems”, and “I would rather listen to your story than attend your funeral”.

But the real question is- do these people really mean it? It is as easy as pie to pretend to care. We see so many fake people all around us, putting on an act of love and care. Even so, who knows what is actually going on in their head?

In addition, this is exactly what the singer of ‘Humraah’ has shared in his tweet.

Asim speaks out against how all these advocates of mental health are in reality the reason behind all the mental health issues. The singer talks about the hypocrisy that all these people practice.

Asim is all set to release his new song. His latest song features the TikTok star, Areeqa Haq. The singer shared a bit of a glimpse of this upcoming song. Lately, he even shared a picture of him with her on his Instagram.

Ever since then the netizens have started trolling them both. The singer, who was just recently trolled for buying the dream car for his mother, talks about how all these haters always have something bad to say.

Not only this, but he has also been a victim to a shoe-attack during his live concert last year. Asim calls out all his hater and speaks about how these people first spread mental health awareness, and then give depression to others. The irony!

Asim’s Instagram post with Areeqa has resulted in both of them getting trolled over social media. Both personalities speak out about how all this hate has affected their mental well being and made them depressed. 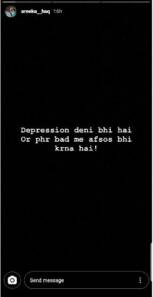 It is simply disappointing to see how people don’t even realize how their criticism takes a toll on the mental health of others. So what if they are celebrities? They are literally just doing their job as we all do. Nobody deserves this cruelty!