Since the start of this year, Pakistan has witnessed some major changes in its political attire. Former President of Pakistan and Co-Chairman Pakistan Peoples Party (PPP), Asif Ali Zardari’s arrest, many different dimensions are being revealed. Last month, Zardari was arrested by the National Accountability Bureau (NAB) from his house in Islamabad over severe allegations of money laundering. The same week, Zardari’sister Faryal Talpur was also house arrested by the NAB following the case.

Earlier this week, on Monday, Asif Ali Zardari was to be interviewed by a senior journalist and well-known anchorperson of Pakistan. Zardari was out on production orders specifically for the interview. The interview was to be conducted by Hamid Mir on his show Capital Talk which was to be aired on Geo News at 8:03 PM but after a few minutes of going on-air, the show was taken down for unknown reasons. The channel then ran a ticker that the show won’t go on-air at its regular time. 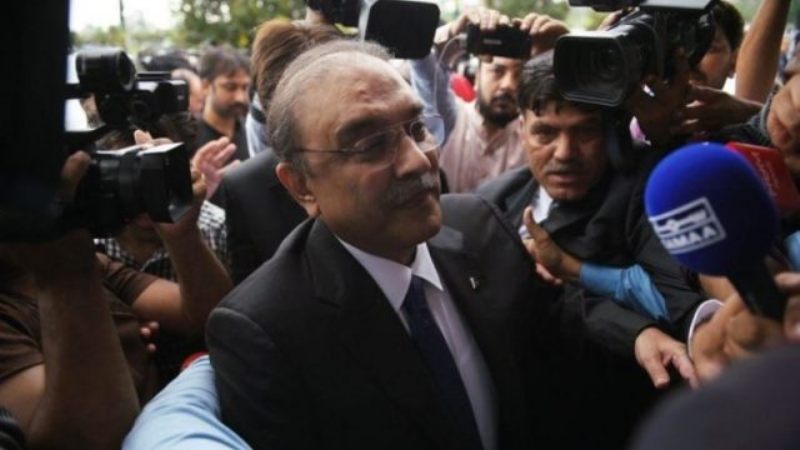 The show was being conducted at the Parliament House after Asif Ali Zardari Zardari was issued production orders. But this sudden off-airing left Hamid Mir with sheer disappointment and stirred a debate among the viewers. Pakistan Electronic Media Regulatory Authority (PEMRA) was being accused of the taking down of the show but according to sources, PEMRA completely denied any involvement in it. Even in PEMRA’s code of ethics, it is nowhere mentioned that a former state official who is arrested is banned from giving an interview on production orders. Later, Hamid Mir took to Twitter to show his dismay over the matter.

Also read: NAB Just Arrested Asif Zardari After IHC Rejected His Bail Plea and The Game Of Corruption Is OVER!

“We are not living in a free country”, said Mir!

I can only say sorry to my viewers that an interview was started and stopped on Geo New I will share the details soon but it’s easy to understand who stopped it?We are not living in a free country

Bilawal called the PTI Government “selected” and compared it to previous Pakistani leaderships!

Selected government only wants to hear selected voices. President Zardari’s interview with @HamidMirPAK censored. Pulled from air when it had already started. No difference in Zias Pakistan, Musharrafs Pakistan & NayaPakistan. This is no longer the free country Quaid promised us.

After the matter got public, Pakistanis shared their opinions over the matter on social media. Some even labeled Asif Ali Zardari a ‘criminal’ and that a criminal should have never gone on-air in the first place and that a person accused of money laundering, fraud, and fake accounts case should not have been provided one-hour air-time to justify his crimes. Also, some clips from the interview went viral over the internet later that day.

Here’s the promo of the interview!

These are the clips from the interview!

Want to share something more? The comments section is just below!

This Luxury Resort In Hunza Is Giving Major ‘Honeymoon’ Feels And There’s No Need To Go Abroad Now!
According To Research, You Can Lose Weight By Combing Your Body And This Is Absolutely Fascinating!
To Top