Former President of Pakistan, Asif Ali Zardari arrived in Karachi on the 23rd of December. He left for Dubai in 2015 and remained away for 18 months in a self-imposed exile.

The news of Asif Ali Zardari’s arrival came out after PPP chairman and son Bilawal Bhutto announced during a news conference. Ever since then the members of the political party and a profound number of followers have been engaged in preparations and celebrations for their sovereign’s arrival.

His arrival remained a hot topic in the news, while a concern for a potentially disrupting law and order situation in Karachi prevailed all along.

People reacted to Asif Zardari’s arrival at large; some found it in profound exaltation and honor while many scrambled towards jestful remarks.

Shortly after his arrival, former President Asif Zardari was seemed to be engaged in a good number of meetings and reservations. Before arriving in Karachi, he was short of time as he also remained busy in several meetings.

He was seen in the reception of former Governor of Sindh, Dr. Ishrat Ul Ibad’s son along with his son Bilawal Bhutto. A replete number of renowned personalities were gathered during the occasion and the wedding remained a popular spot for the masses. 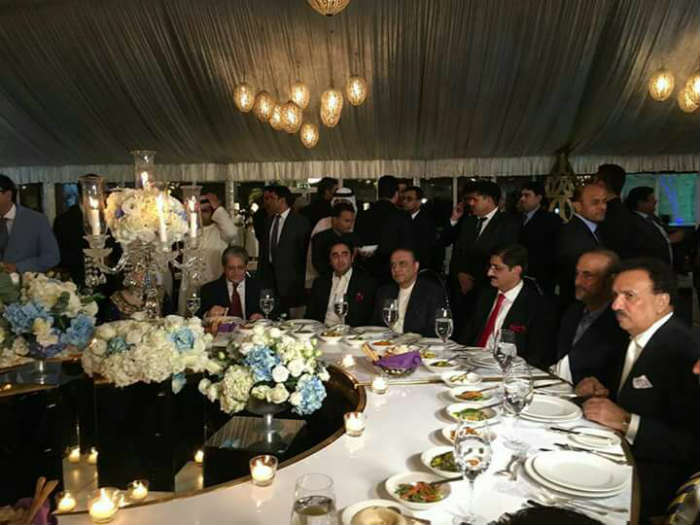 The reception surrounded a lot of media attention while the presence of elite personalities in the likes of Asif Zardari was the sole reason of its repute. It was bound that paparazzi and reporters will feed on a chance of these people’s attention.

A good number of reporters got their chance of talking to these people, but there remained one in particular incident to have a distinction. Just when Asif Zardari was leaving the event escorted by many people, a female reporter indulged in conversation with him and it caught our attention.

See what the female reporter asked Asif Zardari and his reply:

You may call me a terrible person but it was hilarious.

But seriously, what on earth was the reporter thinking when she forwarded such a question? And Asif Zardari’s reply was… so embarrassing.

He probably has some weird sense of humor. He definitely set fire to many people’s emotions who are angry at him for passing such remarks.

The poor woman not only got trolled but had to cover up the reaction in such an embarrassing moment. At least Zardari should have thought before saying such a thing that what would go down on the poor lady.

But then our media, they just think they can ask anything and still expect to get reasonable responses. What one can expect an answer to such a question?

It is unknown whether Asif Zardari meant to embarrass her or he was indicating on his return to Karachi where the reporter herself would supposedly return.