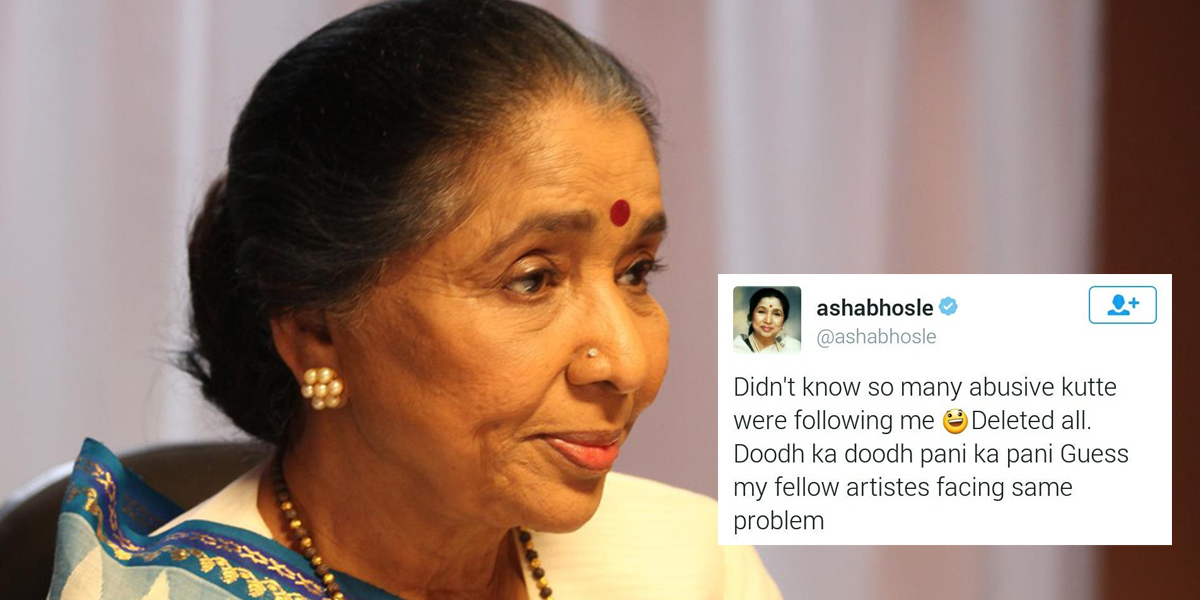 After the alleged surgical strikes conducted by India, Indian celebrities were all over Twitter. They encouraged the act of the Indian army officials and called Pakistani army “terrorists” in a number of tweets.

A few Pakistanis tweeted Asha Bhosle on how Indians lied about the surgical strike and the singer lost her cool.

Later, she tweeted this 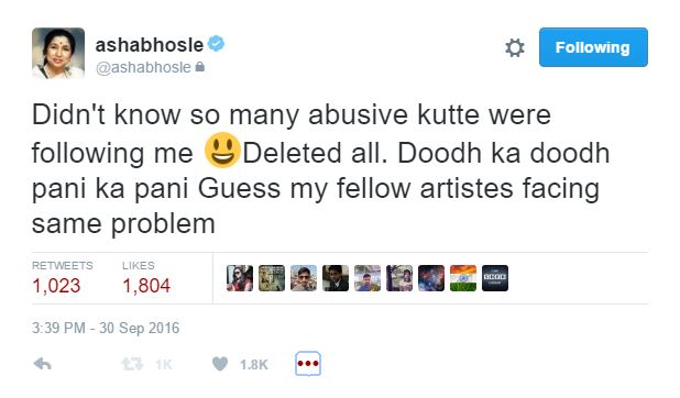 Pakistanis Pakistanis had no chill for Asha Jee as well

Which makes us wonder, why are we even following these celebs and love their work?

To get on her nerves, here’s what Pakistani tweepers started doing:

3 stages of @ashabhosle's life:
-born
-protected her account and blocked every Pakistani.
-waiting for death

Asha jee all set to deal with Pakistani kuttay who keep barking pic.twitter.com/xzwk0tgHtq

We Didn’t Even Remember She Is Alive

Asha Bhosle blocking everyone like we actually read her tweets everyday

Asha bhosle is a tharki, war hungry buddhi, who can only scream but not sing. Oh haan, jisse izzat bhi raas nai aati.

Asha Jee Blocked All Pakistanis and Then Protected Her Account 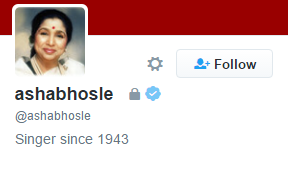 Now This Is a Surgical Strike!!

asha bhosle made her profile private ,after successful #SurgicalStrike on her by pakistanis #SaluteTopakistani

Here Is How Asha Jee Justified Her Blocking Spree 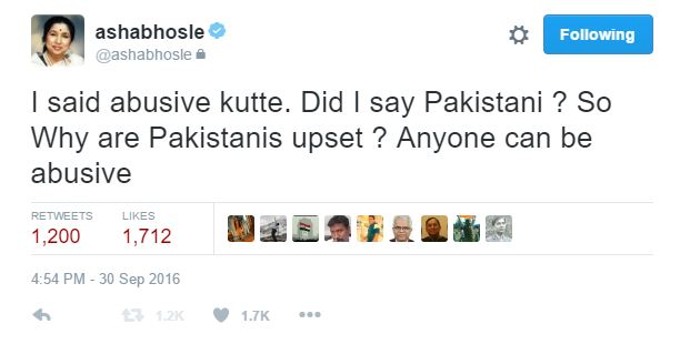 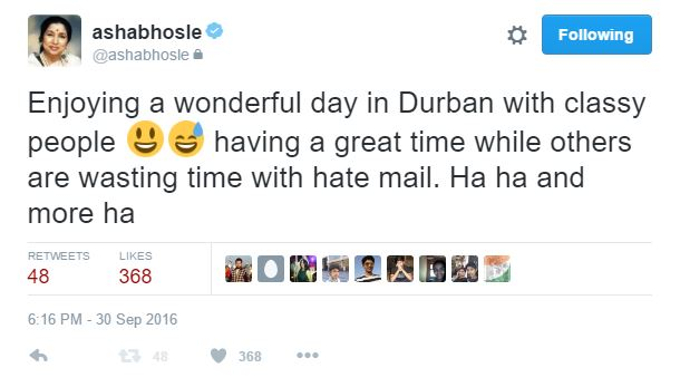 Our Pakistanis tweepers are enough to handle these Indian celebs on their own. A message for Asha Jee though: worry about your health and age more than worrying about these “Kuttay” who ruined your past week!