The outbreak of coronavirus hasn’t just affected human health but is also turning out to be the reason behind crashing economies. Among other countries, Pakistan is also severely hit by the deadly disease and the tally just keeps on surging.

Till now, more than 16,000 cases have been confirmed in Pakistan including several well-known personalities. Earlier, Sindh’s Education Minister Saeed Ghani was tested positive for coronavirus but he recovered well. However, this time, it’s the honorable speaker of the National Assembly Asad Qaiser who has been hit by the virus again. He announced yesterday that his coronavirus test came positive.

While the concerned authorities are tirelessly making efforts to prevent the increase in cases, it just doesn’t seem to happen. The rattling news was shared by Asad Qaiser himself on Twitter and people can’t stop praying for him. But it seems like it’s not just Qaiser but his son and daughter have also tested positive for coronavirus, as per his statement.

Apparently, the speaker didn’t mention anything about the test results of his kids but reports are confirming it. His Twitter post read, ”My coronavirus test has come back positive. I have put myself in quarantine in my own house. I request the whole nation to take precautionary measures. Appealing for prayers.”

According to details, Asad Qaiser had been feeling symptoms of fever from the last few days and was tested earlier as well. However, the test had come out negative at that time but the symptoms were still there. ”Today, when I had myself tested again, the report came out positive. I have been advised to stay at home and take care”, he said. 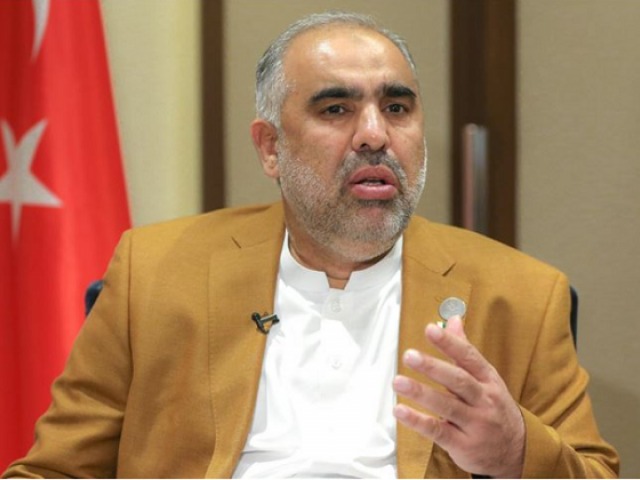 Speaking on the health condition of his kids, he just revealed, ”The test results of my son and daughter have also come out positive.” Certainly, Asad Qaiser is the third Pakistan Thereek e Insaf (PTI) leader who tested positive for the virus. Previously, PTI’s Member of the Provincial Assembly (MPA) from Mardan Abdul Salam Afridi and Sindh Governor Imran Ismail had fallen victim.

The rapid increase in coronavirus cases is definitely an alarming situation and its high time people start taking it seriously. Among others, Faisal Edhi, the son of late Abdul Sattar Edhi, also came positive for COVID-19 in the past.