The task of Google maps is to highlight areas having traffic jams by using virtual images. However, now,  artist Simon Weckert used 99 second-hand smartphones to create a virtual traffic jam, proving the fallibility of technology.

Furthermore, the video on his channel clearly shows how he is walking in the streets along with his cart. As he approaches the green light, it turns red showing a traffic jam on Google Maps. This experiment has garnered millions of views on his video and has left people surprised by the inability of Google’s algorithm to catch the trick. 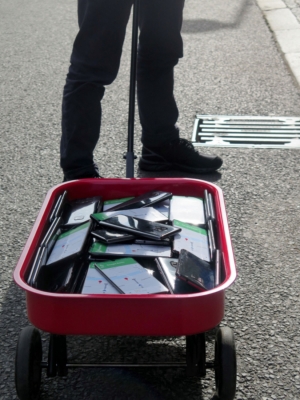 How does this work?

Simon used the app’s inability to count pedestrians. Therefore, he chose to walk in the middle of the nearly-empty streets of Berlin. The Maps detected the slow movement and the high density of users and displayed it as a traffic jam.

How did this happen?

So basically, Google Maps collects user-generated data like current position, speed limits, distance to reach the location, and analyzes it to create a live traffic map of an area or a road. Google says that in some regions the app can distinguish between cars and motorcycles, but cannot detect wagons yet.

However, Weckert simply found the loophole, saying that from a congested area it’s possible to reroute traffic, provided that it depends upon the country and city only works for drivers on Google Maps navigation. Therefore, considering smaller streets and avoiding rush hours proved to be effective in disrupting this technology.

“99 smartphones are transported in a handcart to generate virtual traffic jams in Google Maps”, says the Berlin artist. This temporary device could easily trick the program into analyzing multiple users in the place where it was. This added to turning of the street from green to red on Google Maps. As a result, users within the vicinity could have been directed to other routes even though the streets in question were actually vacant. 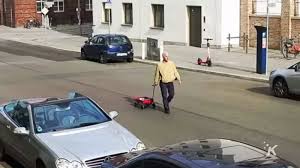 ‘Virtual impact’ on the physical world

This experience showed the impact of virtual services on the “Physical World”, as the app makes virtual changes to the real city furthermore, topicality and perception of physical spaces can be determined through such simulations. China had countered such traffic jams by inventing an elevated bus to counter traffic jams.

Moreover, this can lead to satisfying motives that tend to be malicious, as someone without any coding skills, could possibly take advantage of the loophole within the program to mess with the service and its users.

For instance, an ersatz traffic jam created can cause diversion of services like ambulances, emergency responders to longer routes.

First Alleged Case Of Coronavirus In Pakistan Erupts From Sindh!
KFC’s New All Star Deal Is All About Friends… And Fate!
To Top